CBCP: Use of marijuana for terminally ill allowed in Church teaching 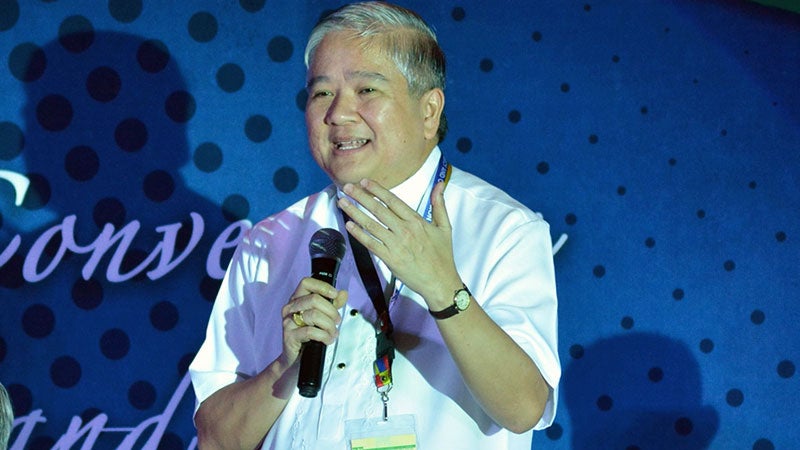 Catholic bishops on Sunday stepped into the medical marijuana debate, saying the highest teaching authority of the Church allowed for the compassionate use of prohibited drugs for the terminally ill.

But Lingayen-Dagupan Archbishop Socrates Villegas, president of the Catholic Bishops’ Conference of the Philippines (CBCP), stressed that it was “morally irresponsible” to allow the use of cannabis or any other narcotic or psychotropic drugs when not medically indicated and when there were alternative intervention and treatment that would not pose the same risk as with the use of these substances.

“[And] it is gravely wrong to make use of them for recreational or leisure purposes,” Villegas said in a pastoral statement, pitching in the CBCP stand on a proposal in Congress that would legalize medical marijuana in the Philippines.

The CBCP statement also expressed reservations about any legislation that would make abused substances easily accessible to the public, highlighting the disastrous effects of drug abuse to the health and life of the people, especially the youth.

“Substance abuse and drug dependence are wrong, and any measure that makes abused or habituating substances within easy reach of potential abusers and dependents is morally wrong,” Villegas said.

He said the government must be vigilant and any measure that would facilitate access to abused substances “cannot be countenanced.”

The Catholic Church, Villegas said, recognizes the permissibility or licitness of giving narcotics to relieve pain even when the result will be decreased consciousness and a shortening of life.

“We have been apprised of various medical situations other than terminal illness where it seems that palliative care and relief involving the use of narcotics, including cannabis, may be indicated,” Villegas said.

“The obligation to treat subsists, even when it may not be possible to cure,” he added.

Villegas also appealed to healthcare workers, particularly physicians, to make a prudent and enlightened discernment to apply the “principle of proportionality” and to determine carefully whether there was due proportion between the risks involved in the use of narcotic and psychotropic substances and the benefits anticipated.

“We offer these guidelines for the consideration of the members of the legislature as well as those within the regulatory agencies of the government,” he said.

The CBCP issued the statement to guide healthcare workers and the Catholic faithful who would make decisions with informed conscience about the healthcare they and their loved ones would receive, Villegas added.

Legislators on the health committee of the House of Representatives are debating House Bill No. 04477, or the Compassionate Use of Medical Cannabis Act, which was filed by Isabela Rep. Rodolfo Albano III in May last year.

Albano was aware of the CBCP’s stand on medical marijuana when he introduced his proposal, saying it was acceptable and allowed by Catholic medical ethics for terminally ill people.

He said, however, that there was no need for a new law relaxing the rules on medical cannabis as existing laws already allowed the use of such substances in extraordinary cases.

But the medical community, led by the Philippine Medical Association (PMA), the largest umbrella organization of physicians in the country, strongly opposed the bill, saying there was insufficient scientific evidence that the use of marijuana was beneficial for certain conditions.

In a joint statement issued last week, the groups also pointed out that government regulatory agencies already had the mandate to approve the compassionate use of marijuana in consultation with the PMA.

But the Department of Health (DOH) said that it was not entirely rejecting the idea and would review Albano’s bill for response to possible problems involving policing and preventing abuse of marijuana.

Commenting on the doctors’ opposition, Albano on Saturday accused the PMA of protecting the interest of big pharmaceutical companies and of closing the door on alternative treatment that could potentially hurt their businesses.

Speaking in a radio interview, Albano also said marijuana was not deadly. “Have you heard of anybody dying from marijuana overdose?” he said.

Albano rejected doctors’ claims that marijuana use was behind many traffic accidents, saying those accidents also involved alcohol.

He disclosed that he was a toker when he was young, but said he was never involved in any vehicular accident because toking put him “at peace.”

In a text message on Sunday, Dr. Anthony Leachon, former president of the Philippine College of Physicians, said the medical community was not

opposing in principle the compassionate use of cannabis.

“We oppose its uninformed, irresponsible and unregulated use in the absence of sufficient scientific data,” Leachon said.

“There is preliminary evidence of its use for specific conditions (ie. cancer pain, palliative care) but the rest are anecdotal and will need further scientific study,” he added.