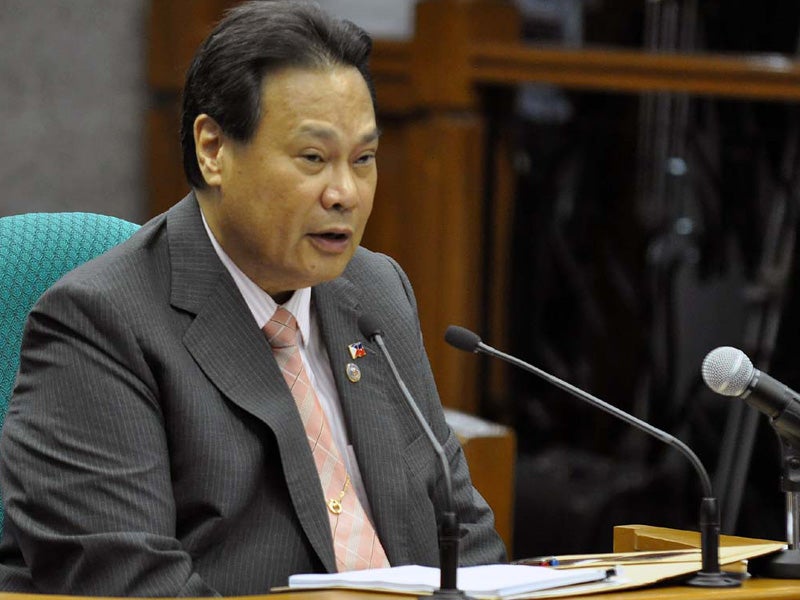 The Sandiganbayan has found probable cause to hold on trial impeached Chief Justice Renato Corona for perjury and false declaration in his Statement of Assets and Liabilities Networth (SALN).

In an interview after the judiciary budget hearings at the House of Representatives on Thursday, Presiding Justice Amparo Cabotaje Tang said the court formed a Special Division of Five and voted 4-1 to dismiss his motion for judicial determination of probable cause to hold Corona on trial.

The court has yet to release a copy of its decision to the media.

“There is probable cause that he has committed the crime… My recollection is that there are certain properties that he failed to include in his SALN for a number of years based on the documents submitted,” Tang said.

The Associate Justices who voted to hold Corona on trial are Tang, Alex Quiroz, Jose Hernandez, and Ma. Theresa Gomez-Estoesta.

Corona was charged before the Sandiganbayan for eight counts of perjury and another eight counts of violations of the Code of Conduct and Ethical Standards for Public Officials and Employees for his alleged undeclared assets in his SALN.

The Ombudsman indicted Corona for allegedly deliberately lying on his true net worth by not declaring properties and several bank accounts as well as undervaluing a number of real-estate properties that he declared.

During its investigation, the Ombudsman Special Panel of Investigators said from 2001 to 2011,  Corona and his spouse earned a total of P30.4 million, of which P27.1 million was earned by Corona as an official at the Office of the President, a Supreme Court justice, member of the Senate Electoral Tribunal (SET) and member of the House of Representatives Electoral Tribunal (HRET).

On the other hand, his wife, Cristina, earned P3.2 million for 2007-2010, based on the Alpha List submitted to the Bureau of Internal Revenue (BIR) by the John Hay Development Corp. (JHDC) where she was employed.

The resolution stated that from 2002 to 2010, Corona’s cash deposits ballooned from P1.34 million to P137.9 million.
By 2010, the cumulative discrepancy between his SALN declaration and his actual cash deposits had amounted to P134.4 million.

Corona was impeached by Congress for false declarations of wealth in his SALN. He also faces a P130-million forfeiture case before the Sandiganbayan. TVJ