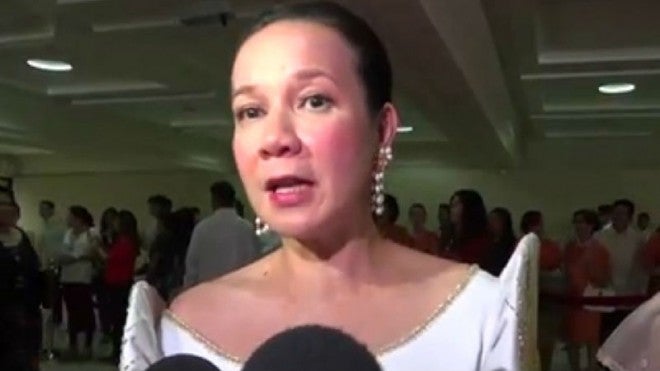 Sen. Grace Poe called on young people to harness their social media power to urge the House of Representatives to approve the freedom of information bill, an essential tool for good governance.

Poe, who authored the freedom of information bill (FOI) in the Senate, vowed to fight for faster Internet connectivity in the country, as she noted that its slow speed was second to that of war-torn Afghanistan.

It was a promise that elicited loud applause from the crowd of about 1,500 at the International Youth Day celebration of the National Youth Commission, where Poe was keynote speaker.

Noting the youth’s strength in digital communications, Poe made the pitch for the FOI bill: “You should push for this in social media. Even if we love the country, even if we keep a close watch on it, if documents would be hidden, we would not discover what is really taking place,” she said.

She recalled that when the pork barrel scam was blown open, people had a difficult time getting related documents about the theft of public funds.

“This is why we are pushing for an FOI bill so that you and me, the media, and everybody else would have the right to look into government transactions,” she said.

According to Poe, in many countries undergoing sociopolitical developments, the youth have played a vital role in bringing about change and challenging those in power.

She said the youth’s voice in social media was a force to reckon with, as seen when younger citizens vote for their favorites in entertainment shows.

“Social media is that strong, and so is your voice,” she said.