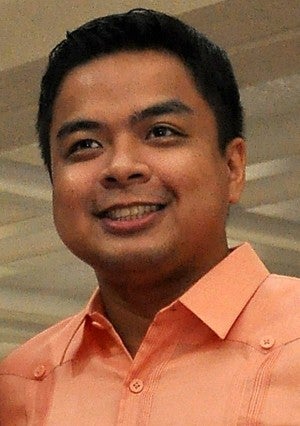 A militant youth lawmaker on Wednesday said at least P648 billion in the proposed P3.002-trillion national budget for 2016 can be considered pork barrel funds.

In a statement, Kabataan Rep. Terry Ridon said his team analyzed the proposed National Expenditure Program and said at least P2 out of every P10 falls under his definition of a pork barrel.

“Our team exhaustively analyzed 5.8 million cells of data in the 2016 National Expenditure Program, and we have come to the conclusion that—at the bare minimum—about P648.2 billion falls under our definition of pork. This means about P2 out of every P10 in our national budget next year is highly vulnerable to corruption and patronage politics,” Ridon said.

Ridon said a fund can be classified as pork barrel even if it does not pertain to post-identification of projects, which was ruled as unconstitutional by the Supreme Court in its ruling scrapping the Priority Development Assistance Fund or PDAF.

He said a fund can be considered pork as long as it is under the sole discretion of a single individual or agency.

“We can classify as pork every item that is vulnerable to corruption and political maneuvering, and funds of which the manner of allocation and disbursement are left to the sole discretion of the President and the Executive Department he leads, thereby leading to the funding of programs and projects that favor his select allies,” Ridon said.

Ridon also said at least “P217.8 billion is also stashed in 38 national government agencies and executive offices for programs and projects that are ‘lump sums,’ lack details for implementation, and can be subject to political maneuverings.”

“Many of the items we included in this list do not have details on how the funds will be used, or where the projects will be built. Some few projects are disaggregated, but only down to the regional level,” Ridon said.

“The sheer size of the LGSF alone is suspect. This is essentially a fund that the administration will use to strengthen its grip and influence in LGUs ahead of the 2016 presidential elections,” Ridon said.

Ridon said it is clear that the proposed 2016 budget is “filled to the brim with pork projects,” which may be used as a patronage tool ahead of the next presidential elections.

“Clearly, the proposed 2016 budget is filled to the brim with pork projects. Every nook and cranny of the budget is stuffed with billion-peso lump sums, belying Sec. Abad’s statement that there is no pork in the 2016 budget,” Ridon said.

“We also emphasize that the P648.2 billion we identified today is only a minimum estimate. Given that the proposed provisions in the 2016 budget also give vast leeway for the president and his cabinet to jiggle funds akin to the DAP mechanism, we can actually say that the P3-trillion national budget is indeed the president’s budget – a largesse which he can spend whenever, wherever,” Ridon added.

Budget Secretary Florencio “Butch” Abad has said there are no more pork barrel in the budget, but that there are lump sum funds, which by its nature cannot be disaggregated.

Abad said there are only three kinds of lump sum in the budget—calamity funds worth P19 billion, contingency funds worth P4 billion, and P50 billion in local government share to royalties also known as Internal Revenue Allotment.

“We cannot put all those names in the budget. It will be unwieldy and impractical. All of the others are there as lump sums because of their nature. There is separate disaggregation for them,” Abad said in an earlier interview.

No pork barrel in 2016 budget—Drilon