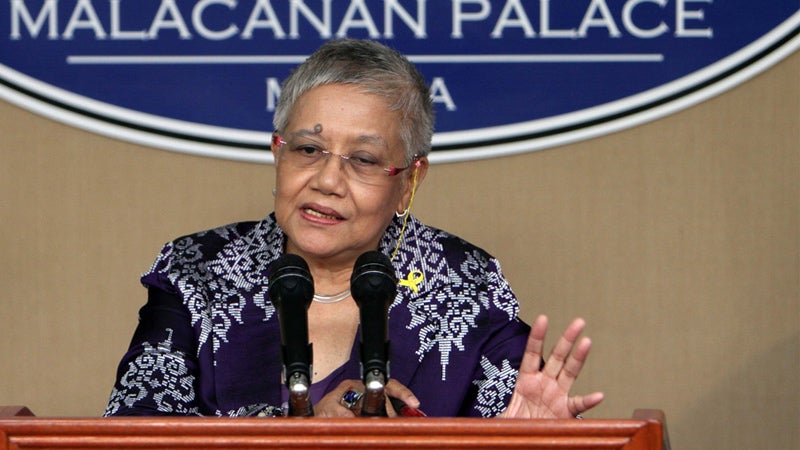 PRESIDENTIAL Adviser on the Peace Process Teresita Deles said Tuesday her office was prepared to assist senators in their deliberations on the substitute Bangsamoro bill of Sen. Ferdinand Marcos Jr.

In a statement, Deles said her office “welcomes the completion and submission” of Marcos’ committee report on the proposed Bangsamoro Basic Law (BBL).

“We expect the substitute bill to undergo rigorous scrutiny and debate by the plenary based on the reservations noted by the other senator signatories to the substitute bill. In this light, we are ready to extend any needed assistance to our lawmakers as they deliberate on the proposed bill to explain and clarify the different provisions and their importance in addressing the aspirations of the Bangsamoro people,” Deles said.

Deles said she remained “hopeful and confident that Congress would pass a meaningful BBL for lasting peace and development in southern Philippines in accordance to the mandate of the Constitution.”

“Frankly, we never lost our hope that the BBL can be done within the time of President Benigno Aquino III. This is his commitment and we believe in it. Moreover, our trust on the collective wisdom of Congress to pass a good BBL is very much intact,” it added.