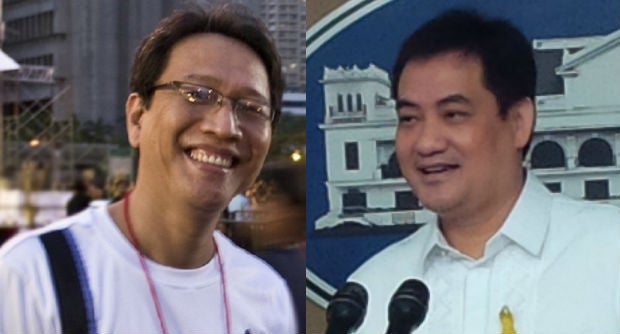 It’s officially a word war between Malacañang and the camp of Vice President Jejomar Binay.

A word war in “gay lingo” or slang.

A day after Presidential Spokesperson Edwin Lacierda called Binay’s “True State of the Nation Address” (Tsona) “charot” or something that shouldn’t be taken seriously, Joey Salgado replied in “beki speak.”

(The Secretary is just irritated because VP told the truth. But the President’s Sona does not sit well with the people because it is false.)

The Binay spokesperson also admitted that he was wrong about Lacierda drinking coffee.

On Wednesday, Salgado advised Lacierda to “chill” and stop drinking coffee because the “mere mention of the Vice President Binay’s name apparently makes his blood rise.”

Lacierda, however, hit back and said he doesn’t drink coffee.

“I don’t coffee; I drink Coke Zero. So, you know, please get your trivia straight. Sabagay… I understand that he cannot get my trivia straight because after all he could not get his facts straight in telling the truth when it comes to allegations of corruption against him,” Lacierda has said.

(I stand corrected about your favorite drink, sir… We admit our mistakes. We do not blame others or hide the truth.)

But he also warned Lacierda about his “favorite drink.”

He said there are studies that claim that aspartame and artificial sweeteners found in Coke cause high blood and cancer.

In the end, Salgado insisted that a lot of questions pertaining to the Aquino administration’s performance remain unanswered.

He said the people are still waiting for the government’s response to the awarding of the Metro Rail Transit (MRT) contract to a company allegedly with ties to the Liberal Party.

He said such dealings are among the reasons why hundreds of thousands of MRT passengers suffer.