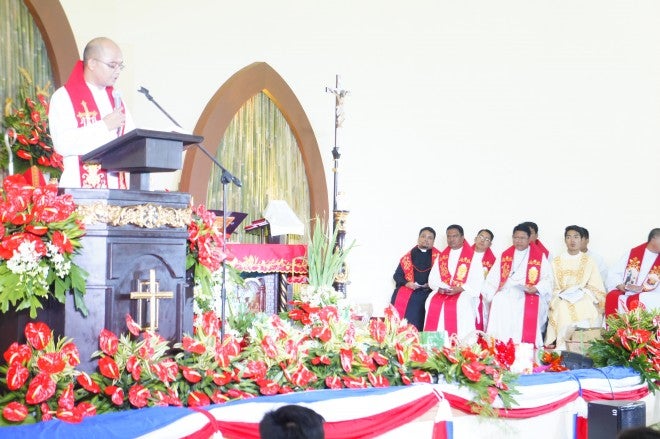 BACOOR CITY, Cavite—Over a thousand members of the Iglesia Filipina Independiente (IFI) unveiled the “Sakramentaryong Filipino” amid festivities for the church’s 113th proclamation anniversary at Strike Gym here on Aug. 1.

“The book project was begun in 2009 and would like to unify the churches in Cavite in its liturgy. Before this, we’ve been borrowing from the Filipino liturgies of the Roman Catholics,” said Rev. Fr. Ron Anthony Ojascastro, head of the team that made the book from a translation of the IFI’s “Filipino Ritual.”

The latter, in English, is a compilation of liturgies for the sacraments and daily offices used since 1961 by the IFI, a denomination that split from the Roman Catholic fold in 1902.

The new ritual book in Filipino is the first-ever attempt by the Tagalog members of the IFI to translate “Filipino Rituals.”

In Northern Luzon, the book has already been translated into Ilocano and used for decades.

Ojascastro said the Filipino book was dedicated to heroes of the revolution like Hermano Pule and Gomburza, and the faithful who cannot understand English.

Aside from Cavite, the book will also be used by some churches in Southern Luzon and the United States, said Ojascastro.

“Sakramentong Filipino” is still open to revisions, he noted, but will soon be lobbied as the IFI’s official liturgical book in Filipino. 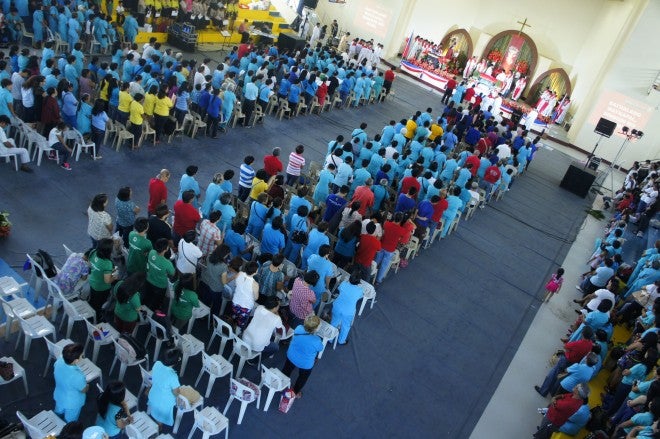 “The ritual book will be useful among us, because not everyone here can understand English,” said Noveleta Mayor Enrico Alvarez, a direct descendant of Gen. Mariano Alvarez of the revolution and founders of the parish in his town.

The church currently has 16 parishes and several missions and chapels across Cavite province.

The Cavite diocese’s parishes in Maragondon and Binakayan, Kawit, are direct outcomes of local revolts; and some of the revolutionaries here are Aglipayan.

Alvarez told the Inquirer that the book was an important material for the IFI in the Tagalog areas, especially in evangelization.

The IFI was founded on Aug. 3, 1902, by the Union Obrera Democratica, which could be Asia’s first labor union. Msgr. Gregorio Aglipay, who was active in the revolutionary movement, became its first supreme bishop.

Its adherents are estimated to be between two and six million.

Read Next
Convicted drug queen confined in Manila hospital for months–source
EDITORS' PICK
Bongbong Marcos says PH ‘open for business’ with new Clark Airport terminal
Individuals affected by ‘Karding’ now over 157,000
Newbie gamers are in for a treat with the power-packed feature of vivo Y16
Karding damage to infrastructure at P23M
House energy committee chair Arroyo bats for cheap electricity
Reignite your passion with the vivo Y35
MOST READ
Angelica Panganiban ‘duguan, sugatang mom’ one week into breastfeeding
LPA enters PAR, may develop into tropical depression
Badoy not with Office of the President, NTF-Elcac, under Marcos admin — solon
Charges readied vs gov’t guard with P290-M deposits
Don't miss out on the latest news and information.