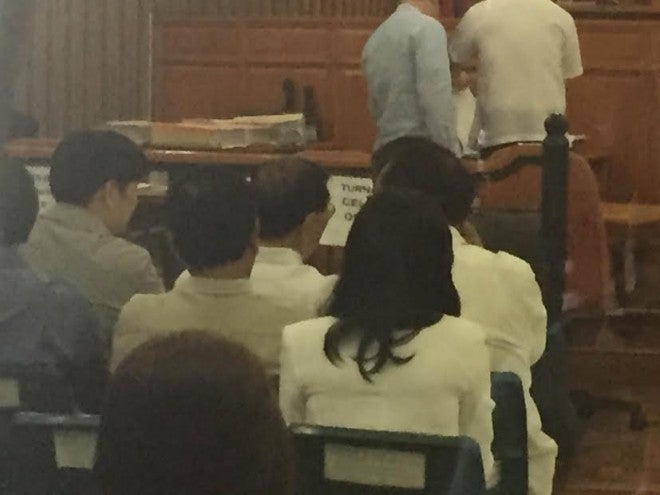 This after the Sandiganbayan Third Division ordered the appearance of detained Senator Enrile and Reyes in their pre-trial for plunder over their alleged involvement in the multibillion-peso scam.

Third Division Clerk of Court Atty. Dennis Pulma said the court sent produce orders to the Philippine National Police General Hospital to present Enrile, and to the Camp Bagong Diwa to present Reyes, for the pre-trial of their plunder case at 8:30 a.m. on Friday.

It was a reunion of sorts for some of the accused in the pork barrel scam case. After the pre-trial, witness Ruby Tuason is set to testify against accused scam mastermind Napoles. Napoles has been required to attend her bail hearings every Friday.

Napoles skulked to the side of the courtroom hiding from the glare of the cameras outside. 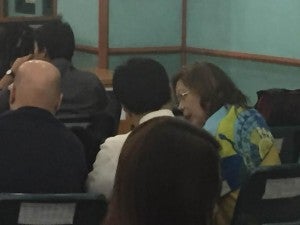 Gigi Reyes attends the pretrial of her plunder case over her alleged involvement in the pork barrel scam. MARC JAYSON CAYABYAB/INQUIRER.net

Socialite Tuason, who turned state witness, has identified her good friend Reyes as receiving the kickbacks for Enrile from Napoles.

During the pre-trial, both parties would prepare for the conduct of the trial proper, including the marking of exhibits, stipulation of facts, identification of issues, and identification of the number of dates each party needs for presentation of evidence. IDL