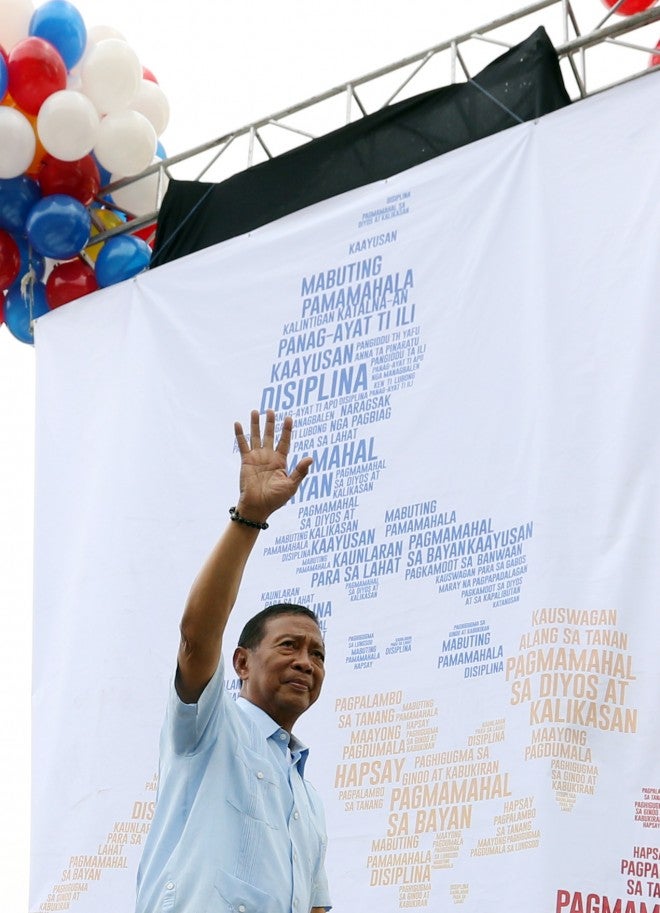 Movie star Alma Moreno and Princess Jacel Kiram, daughter of the late sultan of Sulu, will be on the senatorial lineup of Vice President

Jejomar Binay’s party for the May 2016 elections.

Binay himself made the announcement to reporters yesterday during a visit to Cavite City.

But when asked if Sarangani Rep. Manny Pacquiao would be part of the senatorial roster of the United Nationalist Alliance, Binay told reporters to wait for October when the certificates of candidacy would be filed.

“[Pacquaio] said there will be no parting of ways. ‘I will not leave you, Vice,” Binay quoted the boxing icon as saying.

He said that were Pacquiao of age, he would ask him to be his running mate.

Under the Constitution, a candidate for Vice President must be at least 40 years old on election day. Pacquiao is 36.

Binay heaped praise on Moreno, pointing out the Parañaque City councilor was chair of the Philippine Councilors League.