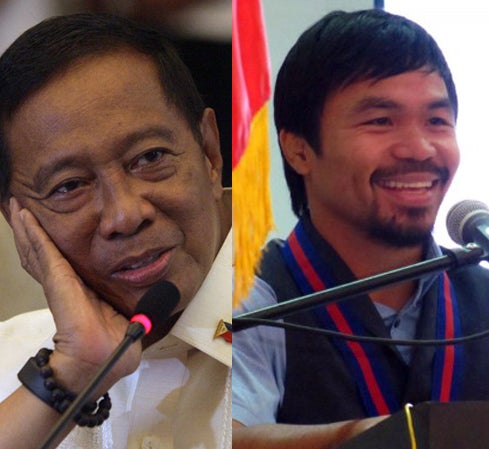 In an interview, Binay said that Pacquiao has assured him that he will stay in the opposition party.

(A day after the issue was published in the paper, I talked to Manny Pacquiao and he said “I won’t leave you, Vice. We will be in this together.”)

He said that the issue of Pacquiao leaving Una seeks to divide the party.

(The issue is part of sowing division in the party.)

Lopez said that if Pacquiao decides to join LP, he will be part of the administration’s senatorial slate.

Pacquiao has attended the launch of Una as a political party last July 1.

The Filipino boxing champion was first allied with the Nacionalista Party, then he switched to LP, and then to Binay’s Una.