Palace hits back at Mike Arroyo for post-Sona comment 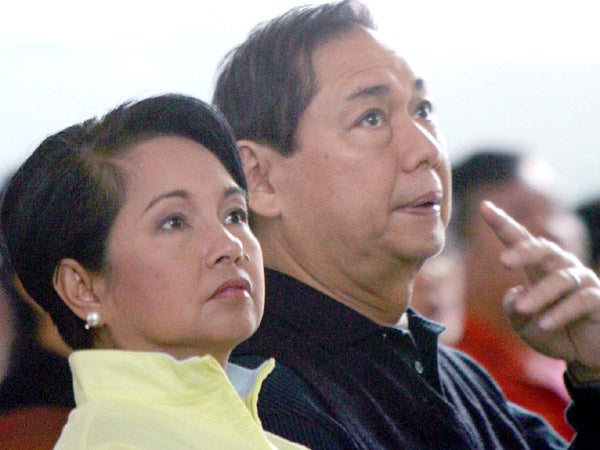 Malacañang spokepersons on Wednesday took up the cudgels for President Benigno Aquino III as he was assailed by the husband of former President Gloria Macapagal-Arroyo for attacking the ailing ex-president during his final State of the Nation Address last Monday.

Presidential Communications Secretary Herminio Coloma said the President’s remarks relating to his detained predecessor were part of “an exercise in truth-telling and sharing lessons learned with the bosses (the Filipino people).”

He said Mr. Aquino “gave an empirical account of concrete conditions in the bureaucracy and concrete proof of corruption that were confronted and hurdled as he took on the reins of government.”

The President “provided our people with the context for implementing bold reforms that reversed the country’s slide into decadence,” he said.

Mike Arroyo had told House reporters that the President’s bashing of his wife at the Sona was in “very poor taste.”

The ex-President, who is suffering from a degenerative bone disease, is on hospital arrest at the Veterans Memorial Medical Center in Quezon City because of a capital offense case filed against her by Aquino officials who accuse her of allegedly plundering the funds of the Philippine Charity Sweepstakes Office.

“(Aquino) has been in office for five years and he keeps on hitting her (Arroyo), using her as a prop and a trophy because he’s done nothing after five years,” said Mike Arroyo.