Cook wins P38-M lotto, thanks to his phone number

For all the years he has been playing the lottery, never had this cook from the slums of Parañaque City thought his mobile phone number would be the key to his fortune.

The 41-year-old father of four told officials of the Philippine Charity Sweepstakes Office (PCSO) that the winning combination in the July 23 draw of Lotto 6/42 was composed of digits from his mobile phone number. The combination which made the winner P38 million richer was 09-18-27-29-32-37.

The winner, who by now should consider getting a new mobile phone number, said that he tried his luck in the lottery in hopes that it would get him and his family out of poverty.

“We’re living on a hand-to-mouth existence. Whenever I have extra cash, I place a bet on the lotto because I know this is the only way we can get out of poverty,” a teary-eyed winner told the PCSO vice chair and general manager, Jose Ferdinand Rojas II.

When he claimed his prize at the PCSO head office in Mandaluyong City on Monday, the winner told Rojas that with his P37,995,536 prize, he could open his own eatery for he and his wife to manage.

The winner, who bought a single ticket to win the jackpot prize, has been working for the last 15 years as a cook in a small food outlet.

He told Rojas that with his newfound wealth, he and his family would soon move into their own new house, and leave their rented dwelling in the slums.

Rojas said the winner, the third in a brood of nine, would also use his prize to help uplift the lives of his poor siblings, while saving the rest for his children’s future.

The jackpot prize of the 6/42 reached close to P38 million as no lucky player had guessed the correct combination since its June 27 draw, according to Rojas.

Before the winner claimed his prize on Tuesday, the PCSO and The Medical City (TMC) launched a support group for liver cancer patients. 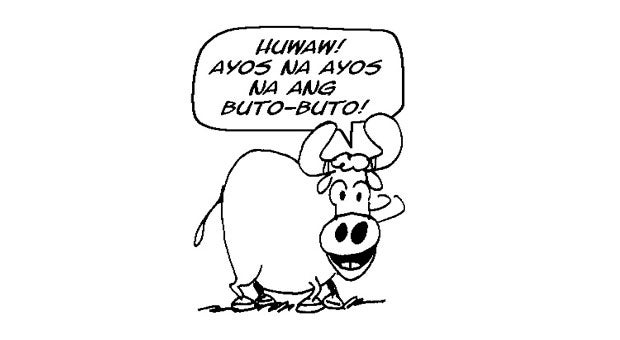 Called the Liver Transplant Information and Guidance Through Awareness and Support (Ligtas), the support group will serve as a forum “for sharing information and experiences [to] help patients and their loved ones better understand and cope with the issues and concerns associated with a liver transplant.”

Dr. Vanessa de Villa, head of TMC’s Center for Liver Disease Management and Transplantation, said in a press briefing on Tuesday that the group was formed since “patients and their families themselves see the need to help one another and feel for [those] whose journeys are just beginning.”

The launch coincided with the celebration of Liver Week and World Hepatitis Day.

Ligtas representative Joey Teotico noted the importance of establishing the group, since he himself knew the hardships a family would undergo before, during and after the operation.

He recalled that in 2001, when the country had no existing liver transplant facility and operations had to be done abroad, he was “stressed out” not only from the surgery’s hefty price tag, but also from being the only one left to look after his son and donor wife.

With the existing liver transplant facilities in the country, operations can be done for at least P4 million. And since it’s done in the country, one will no longer be faced with the problem of having to take care of his loved ones by his lonesome, according to Teotico.

The support group, he added, would complement the strength a patient and his family draw from their relatives.

“Ligtas is here to give hope, to inspire them that there’s still a reason to continue on with life,” Teotico said. “We plan to assist them all the way, in terms of [their] emotional [needs].”

Rojas lauded the launch of the support group as he reiterated the charity agency’s commitment of providing financial assistance, especially to liver transplant patients, to whom the PCSO gives an aid of P1.5 million.

Rojas called on the public to continue supporting the PCSO’s games since the agency gets its fund for medical assistance from these.

De Villa said that once the group is more organized, it would be conducting monthly gatherings for the patients and their relatives, as well as lectures on the basics of liver transplantation.