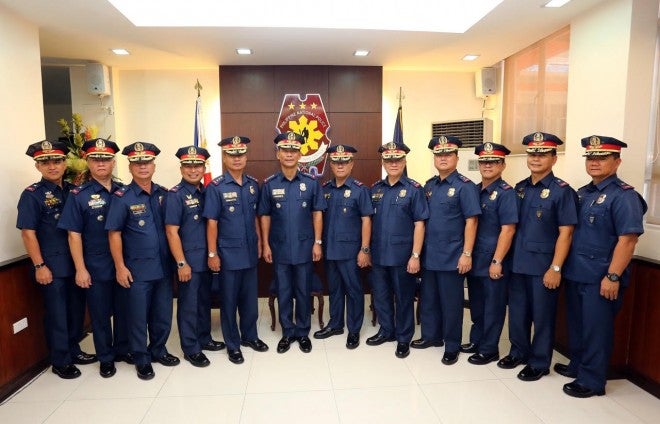 The senior police official whom President Benigno Aquino III indirectly criticized in his speech has finally been promoted more than a year after he was relieved over the controversial arrest of erstwhile fugitive Delfin Lee.

Capa officially donned the rank of Chief Superintendent, a star-rank equivalent to the military’s brigadier general, with five other officials in a simple ceremony on Tuesday at the PNP headquarters in Camp Crame.

Two were promoted to the two-star rank of Police Director, including then Chief Superintendents Generoso Cerbo Jr. and Wilfredo Franco.

In April last year, Aquino lambasted an official believed to be Capa in his speech at Crame for his media outburst over his reassignment at the Cebu provincial police office after leading an operation against the real estate magnate.

Lee, who has been detained in Pampanga Provincial Jail since his arrest in March last year, was wanted for his alleged P7-billion housing scam.

Capa had engaged in a verbal tussle with his former boss, dismissed PNP chief Director General Alan Purisima, when the latter allegedly relieved him a week after Lee’s capture.

This was contradicted by Purisima, who said Capa’s assignment in Cebu was in fact “a stepping stone” to his eventual preparation to Chief Superintendent.

However, it took a year and four months for Capa to be promoted.

Capa is currently assigned at the Directorate for Integrated Police Operations Visayas, which is considered to be a “freezer” post in the PNP.