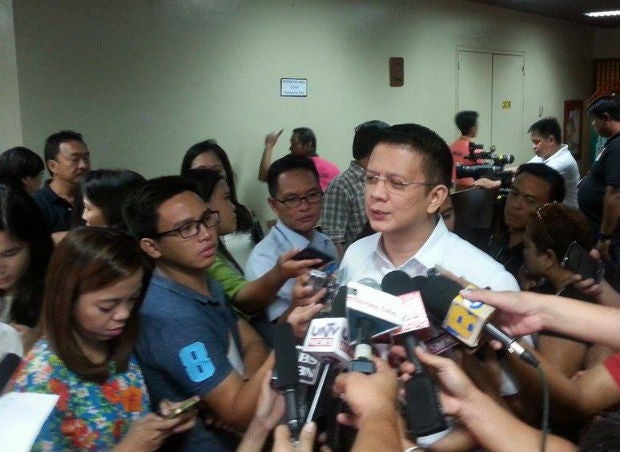 Senator Francis “Chiz” Escudero on Tuesday gave up his chairmanship on two powerful finance panels to spare the budget deliberation from possible misperception that he might use it to further his own political plans and actions.

He said he tendered his letter of resignation, with immediate effect, to Senate President Franklin Drilon.

“I thank the honorable Senate President for entrusting the undersigned with the critical responsibility of managing the Senate’s role in fulfilling Congress’ due to oversee the Executive Department’s use of public funds and to ensure that the allocation of the same is guided by what is in the best interest of our people,” the senator said in his letter to Drilon.

“However, given my public pronouncements regarding a possible candidacy for higher office in 2016, I believe that it behooves me to step down at this juncture to ensure that deliberations on the General Appropriations Bill (GAB) – considered the single most important piece of legislation passed by Congress each year – are untainted by suspicions or perceptions of partisan politics,” he said.

“It is, Mr. President, what propriety requires; it is, I believe, what our people expect from us all: delicadeza,” Escudero added.

But as a member of the majority bloc in the Senate, the senator reiterated his commitment to remain at the forefront of efforts to ensure the timely passage of the GAB and that categorical safeguards are in place to guarantee that it complies with the Supreme Court rulings on the Priority Development Assistance Fund (PDAF) and the Disbursement Acceleration Program (DAP).

Escudero, who has been in a series of meetings with President Benigno Aquino III, has yet to announce his plans for 2016. Considered as one of the top contenders for vice president in next year’s election, he has been tagged as a possible running mate of Senator Grace Poe, who also has yet to reveal her plans for next year.
READ: Aquino asks Poe, Escudero for a meeting with Roxas | Poe, Escudero on the road: Powerful 3rd Force shaping up

As finance panel chief, Escudero was responsible for streamlining a number of budget activities and instituting safeguard mechanisms in the national spending program to prevent abuse and misuse of public funds.

Escudero’s second term in the Senate will end in 2019. IDL