Diver killed by shark in Australia as daughter watches 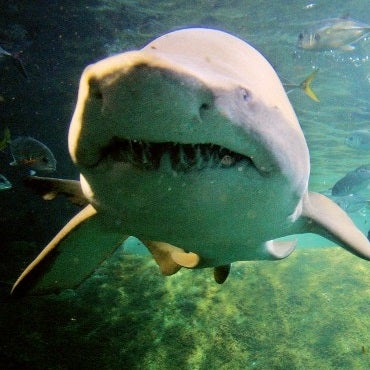 SYDNEY, Australia – A diver was killed by a shark Saturday while hunting scallops off the coast of Australia as his daughter watched helplessly, shocking locals in an area not known for such attacks.

The attack happened off Maria Island in the southern island state of Tasmania following sightings of a large great white shark in the vicinity over recent days.

The man, in his late 40s, was diving with his adult daughter when he failed to resurface.

“My understanding is the daughter returned to the boat and the father returned to get some more scallops,” Tasmania Police Inspector David Wiss told reporters. “He did not return to the surface.

“His daughter became worried and went down and checked on her father. She saw a very large shark. She saw her father being attacked by the shark.”

The woman, who is in her 20s, according to the Australian Associated Press, scrambled back on board their dingy and set off a flare to attract attention.

Other boats came to her aid and helped haul her father back to the surface using the air hose he was attached to.

“But unfortunately he was fatally injured,” added Wiss.

Tasmanian Scallop Association president John Hammond said the area, off the state’s east coast, was not known for sharks.

“Absolute tragedy for the family. Bloody terrible,” he told national radio, adding that there were a number of other divers in the water at the time.

The diver was in the shallow water and “it just struck out of the blue, and bang.”

According to Sydney Taronga Zoo’s Australian Shark Attack file, the last fatal shark attack in Tasmania was in 1993, when a woman was killed while scuba diving near a seal colony off the state’s north coast.

“I feel for the family,” he told The Examiner newspaper in Tasmania, adding that a 4.5 meter (15 foot) shark had been spotted in the area a number of times over the past week.

“It’s a recreational area. The scallop season has been very good to professional and recreational fisherman and then we’ve got a disaster like this.

“The whole community down here will be deeply in shock.”

Close call for another diver

Diver Danny Smith told the Australian Broadcasting Corporation he and a friend had a close call in the same area on Friday.

He said he saw a great white while he was in the water but managed to get back on his boat, where he and other crew frantically pulled the friend aboard.

“The (shark) came to the surface to see where I’d gone I presumed and she sort of took a swipe at him (his friend),” he said.

“We saw fins and arms and legs going everywhere, we were initially thinking that we were going to pull in half a body.

“We got him on the boat and she came right to the back of the boat and then just descended back to the bottom.”

Sharks are a regular feature in Australian waters, and swimmers and surfers have had their share of encounters this year.

Earlier this month, a body boarder was left fighting for his life after an attack on the country’s east coast, close to where a Japanese surfer was killed in February.