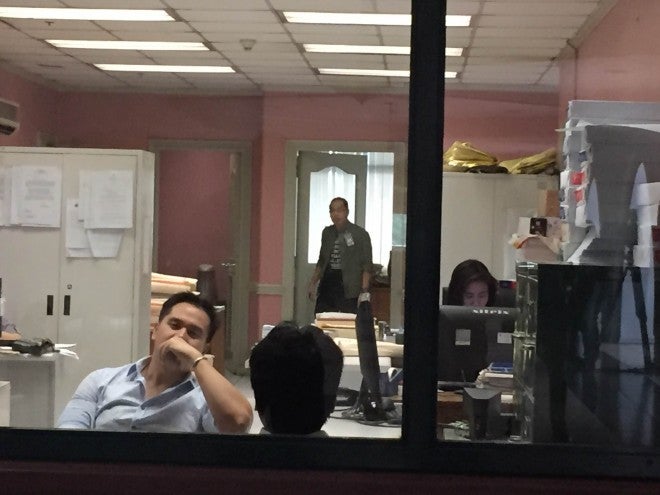 Cedric Lee posts bail from his malversation and graft charges before the Sandiganbayan.

This is after the antigraft court Third Division issued a resolution finding probable cause to hold on trial Lee and his co-accused former Mariveles mayor Angel Peliglorio.

Earlier in the day, Third Division Clerk of Court Atty. Dennis Pulma in a press conference said the arrest warrants were served because the accused has yet to post a P30,000 bail from graft and P40,000 bail from malversation.

Hours later, a smiling Lee arrived at the court to post his bail. He kept on smiling and waving to the cameras.

Peliglorio had informed the court that he would post bail next week.

Lee and Peliglirio are charged with malversation and graft for allegedly conniving with each other for the release of P23.47 million bank loan proceeds to Lee’s company Izumo Contractors Corp. on March 27, 2005 even without procedural safeguards, guarantee of performance, and in violation of audit rules.

The Ombudsman said Mayor Peliglorio authorized the release of the bank loans to Lee for the construction of a public market that did not commence.

This as Lee faces tax evasion raps for the alleged failure of Izumo Contractors to pay P194.47 million in taxes from 2006 to 2009.

Lee is also out on bail for his illegal detention and grave coercion cases with model Deniece Cornejo at the Taguig Regional Trial Court for their alleged role in beating up and extorting money from television host and actor Vhong Navarro.

Lee has claimed he was a victim of a political catfight because incumbent mayor Jesse Concepcion refused to implement his political rival Peliglirio’s project.

Lee has also accused Malacañang of having a hand in the charges as he faces a tax evasion case before the Department of Justice.