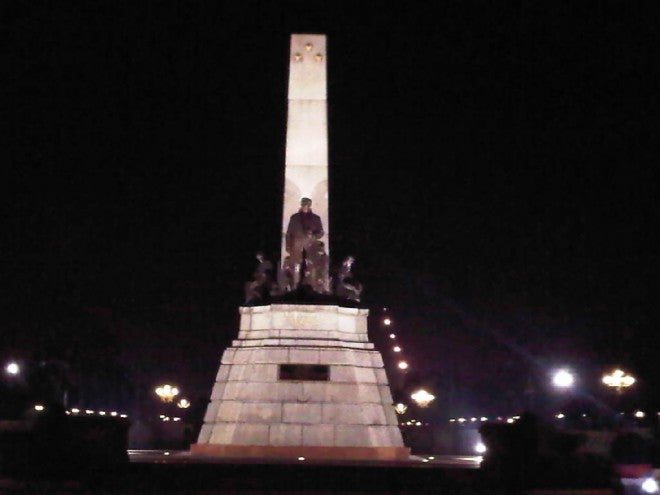 The Commission on Audit (COA) has ordered the Luneta management to refund P20.9 million that it spent illegally to complete a major makeover project for Rizal Park.

State auditors said the National Parks Development Committee (NPDC) violated the General Appropriations Act of 2014 and COA rules when it decided to use funds that were not originally meant for the Rizal Park project.

“We recommended that (the NPDC) management refund the amount and henceforth ensure that all uses of government funds shall be made in accordance with pertinent laws,” COA said in its 2014 report.

An agency under the Department of Tourism (DOT), the NPDC manages Rizal Park and Paco Park in Manila.

The makeover of Luneta or Rizal Park in 2014 was covered by the DOT’s P207 million- Kilometer Zero-National Monument Hardscape and Softscape, which was funded through the Aquino administration’s controversial Disbursement Acceleration Program (DAP).

The project was nearly finished when the Supreme Court on July 1, 2014, declared unconstitutional the Aquino administration’s practice to realign unused funds from agencies into so-called priority projects.

COA found that the NPDC sourced the P20.9 million needed for extra work on the Kilometer Zero project from the parking space rental fees paid by the Philippine Amusement and Gaming Corp. (Pagcor) totaling P17.2 million and from unobligated funds for capital outlay totaling P3.7 million.

COA said the NPDC did not seek approval from the Department of Budget and Management before it realigned those funds for the Kilometer Zero project.

“These are considered irregular and illegal expenditures not allowable in audit,” the state audit agency said, adding that the Pagcor rental fees should have been remitted to the national treasury.

COA said the realignment of the funds was approved by Tourism Undersecretary Theresa Martinez as then NPDC officer in charge, upon the request of then NPDC acting executive director Virgines Aguirre and recommendation of planning and management services chief Eduardo Villalon Jr.

COA said the rules should upheld despite the NPDC’s excuse that the use of the funds was “urgently necessary to complete… the Kilometer Zero project in time for incoming big events, which will draw big crowds.”

The NPDC also admitted that it wanted to “avoid the tedious process of public bidding.”

“The audit team maintains its stand that the use of savings from capital outlay and collections for rental require prior authorization from… the DBM and the permanent committee” composed of representatives from the DBM, COA and the Department of Finance.

In the audit report, COA also ordered the NPDC to be more strict in collecting rental fees from concessionaires, since unpaid rental fees had ballooned to P37.6 million “due to management’s continued failure to demand settlement.”