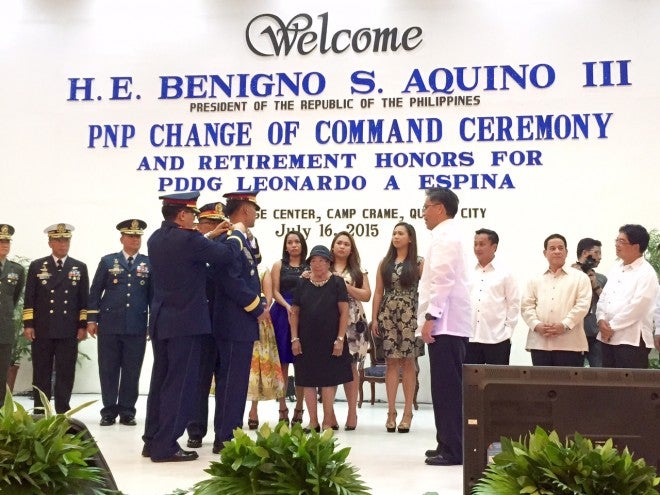 “I consider this appointment as a triumph of meritocracy, a recognition of my 33 years of service,” Marquez said in his inaugural speech.

One of the first orders of Marquez is to renew the disciplinary mechanism of the PNP, citing the increase of policemen involved in “hulidap” activities.

After seven months of being led by leader in acting capacity, the PNP had a permanent chief as announced by Interior Secretary Manuel “Mar” Roxas II on Tuesday.

Coinciding with the change of command ceremony was the retirement honors for Espina, who bowed out after 37 years of service.

READ: No politics for Espina after leaving PNP

Marquez, a native of Maragondon, Cavite, is a member of Philippine Military Academy “Sandigan” class of 1982. He will retire from service on August 26, 2016.

President Aquino is expected to deliver a speech. The ceremony is still ongoing as of posting. IDL