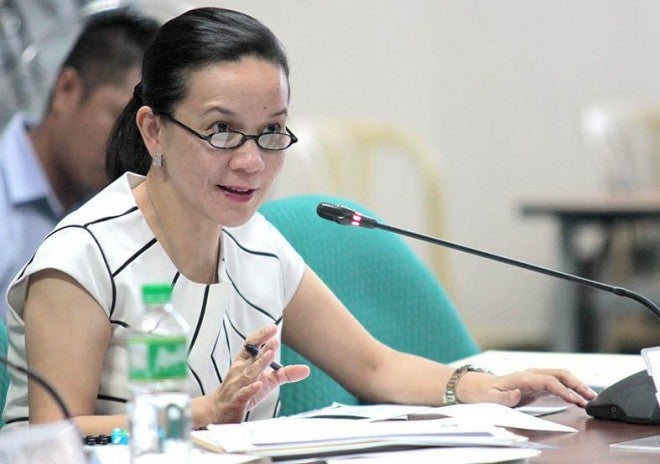 Criticized for her supposed lack of experience, Senator Grace Poe enumerated on Friday her “sterling accomplishments” during her first two years in Senate.

Poe’s office listed in a press statement the bills that she initiated in the upper chamber and issues that she investigated as head of the committees on peace and order, public information and mass media, and public services subcommittee.

“Her committees have been among the most active in conducting public hearings and meetings in aid of legislation,” the statement said.

As chair of the committee on public information and mass media, the senator shepherded the passing in the Senate of the People’s Freedom of Information Act which advocates a clean government by institutionalizing transparency and accountability in all government transactions and operations.

She also led the hearings, as chair of the public services sub-committee, on MRT and LRT issues to provide solutions to “MRT challenges that imperil the safety and welfare of commuters, as well as diminish their productivity.”

“Poe saw to it that the necessary basic facilities repairs and upkeep are pursued accordingly,” the statement said.

“The DOTC (Department of Transportation and Communication) has started the toilet rehabilitation project across the 13 MRT3 stations which includes plumbing and declogging works, electrical and mechanical upgrades, new fixtures installation, tile replacement, and repainting works.”

“Civil works have begun at the North Avenue station while replacement of 100 meters of worn out MRT rails was accomplished as part of the 6,000 meters of linear rail replacement project,” it further said.

In particular, Poe ensured the timely release of the committee report on the Mamasapano incident “to deter lapses in police and military operations and prevent unnecessary loss of life.” The incident last January 25 left 44 elite policemen and several Moro rebels dead.

To modernize the Philippine National Police, Poe submitted a committee report to address challenges in the PNP which include logistics, weapons, human resource system, increasing criminality and deterioration of police stations.

With the staunch support of Poe, a bill amending Sec. 21 of the Dangerous Drugs Act to enable the government to effectively go after big-time drug pushers was enacted as RA 10640.

“In addition, a measure aimed at holistic response to the drug menace is expected to be approved on second reading. The bill seeks to include drug dependents who wish to be rehabilitated in the coverage of the Philippine Health Insurance Corp. and make it affordable to them,” the statement said.

To further reduce crime towards greater security for Filipinos, Poe initiated a bill seeking to impose stiffer penalties to better deter car thieves and protect the interest of motor vehicle owners. It is now up for approval on second reading.

The senator also led a public hearing on bills seeking to provide incentives to independent filmmakers, promote Film Tourism and further protect the country’s artistic and cultural wealth from piracy.

It was also Poe, who brought to the public eye the “worsening” hunger and malnutrition situation in the country when she delivered a privilege speech underscoring the need to focus government priorities on ensuring that no Filipino child is deprived of his or her basic right to life and health.

“With the support of colleagues, Poe championed the initiative in the 2015 Budget Law for an institutionalized free lunch feeding program for public school kids nationwide to address malnutrition and produce able young Filipinos, as contained in her Sustansya para sa Batang Pilipino bill.”

“About two million children in public schools will benefit from the government’s P3.2-billion feeding program this school year, marking the first time the initiative will be carried out extensively—to include all nutritionally “severely wasted” and “wasted” pupils nationwide,” said the statement.

Poe has also filed a bill seeking to provide Filipino children full protection and support, especially from day one in the womb until they reach the age of two. Under the measure, mothers and children will be protected from malnutrition through a comprehensive health care program for pregnant and lactating women as well as the health and nutrition of children from conception to 1,000 days.

In all, her office said the senator has filed and co-authored 198 measures consisting of 68 bills and 130 resolutions.

“She sponsored five bills, three of which have been approved by the Senate during the first regular session of the 16th Congress,” the statement added. IDL