According to Binay spokesperson Joey Salgado, “Makati City donates vehicles, secondhand books, school chairs and tables to its sister LGUs (local government units), which are mostly 4th- and 5th-class municipalities. This has been done since the 1990s and contributes greatly to our poorer countrymen.”

“The request to become sister cities come from the LGUs. We do not initiate and as a policy we do not decline requests which come in the form of resolutions approved by their city or municipal councils,” Salgado said in a statement on Wednesday.

Such agreements are also provided for under Article III, Section 33 of the Local Government Code of 1991, which states that LGUs “may, through appropriate ordinances, group themselves, consolidate, or coordinate their efforts, services and resources for purposes commonly beneficial to them,” he added.

Even the Department of the Interior and Local Government, he said, supports and encourages such agreements.

In a Senate hearing, it was earlier revealed by Binay critic and lawyer Renato Bondal that Makati had the most number of sisterhood pacts in the country, with 670 sister cities. The figure dwarfs that of Manila, which has only 40 sister cities. Quezon City and Davao City have 19 and 10, respectively. 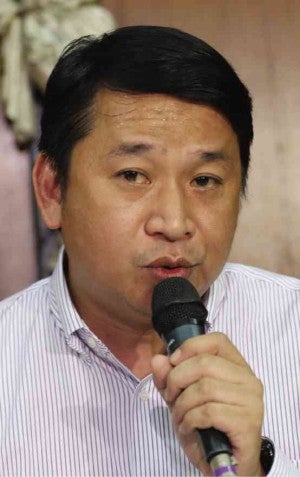 When he took over as acting mayor last week, one of Peña’s first acts was to suspend the sister city agreements and have them subjected to an audit.

On Tuesday, he also suspended the operations of the Makati Friendship Suites, where local government executives from the sister-cities can stay as official guests of Makati.

Peña then explained that an audit of the sister city program was needed to check if Makati’s resources were being spent wisely and if some of the funds allotted for the program could be used instead to “further improve services and benefits” for Makati residents.

Based on his understanding, Peña said, sisterhood agreements are “basically for the exchange of best practices among LGUs.”

But in Makati’s case, “the city donates vehicles, computers, hospital needs,” he added.

Since the Binays had denied him access to documents and meetings, he said, his knowledge about the agreements remained limited and “we are only unearthing information now.” With Krixia Subingsubing and Maria Cecilia Pedrocillo