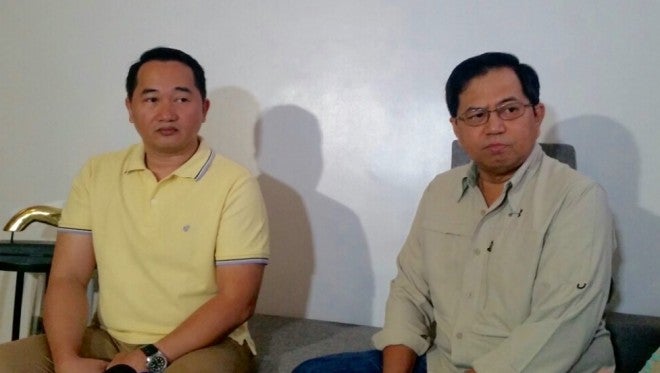 TWO of the 11 police officials dismissed from service deplored the decision of the Office of the Ombudsman as they maintained that they were not involved in the P100-million shady deal with a private courier service firm delivering overpriced gun licenses in 2011.

Former officials of Firearms and Explosives Office Senior Superintendent Eduardo Acierto and Chief Inspector Nelson Bautista, in an interview on Wednesday, said they are confident that the cases against them on their alleged participation in the allegedly anomalous contract with Werfast Documentation Agency Inc. would eventually be dismissed.

The Werfast controversy has led to the dismissal of the two officials, resigned Philippine National Police chief Director General Alan Purisima and Chief Superintendent Raul Petrasanta, who was seen leading among the contenders for the top PNP post.

Acierto and Petrasanta have filed a petition for review before the Court of Appeals while Bautista has yet to talk with his lawyer for his next move.

When the order came out last Tuesday, Acierto said they were “surprised” to hear that they have been kicked out of police service. He said he had already prepared his police uniform as they have been required to report for work last week after serving a six-month suspension over the Werfast deal.

Having been stripped of their sources of income, the beleaguered officials said the Ombudsman’s decision had “greatly affected” their families, also their morale as members of the law enforcement organization.

Both Acierto and Bautista are facing charges of Grave Misconduct and Serious Dishonesty and violation of Section 3(e) of the Anti-Graft and Corrupt Practices Act.

A memorandum shown to the media by a source, who refused to be identified, also indicated that in February 12, 2013 Police Director Gil Meneses, former chief of the Civil Security Group, with the approval of Purisima, recommended that all deliveries of gun licenses by Werfast should be made mandatory.

Petrasanta’s lawyer Alex Avisado Jr. earlier said that Purisima had strictly ordered that Werfast services be made mandatory in all gun license applications. Purisima, also according to Avisado, said he would relieve any FEO official who would go against his orders.

But the officials said they have not lost their faith in the justice system. Acierto believes they will be vindicated.

Sought for comment, PNP spokesperson Chief Superintendent Wilben Mayor said the officials, like any other citizen, have the right to avail themselves of legal remedies, especially when faced with issues concerning their dismissal from service.

“Every citizen has the right accorded by law and by law, every citizen is accorded the available remedies to initiate and exercise such right,” he said in a press briefing on Wednesday.

“If they have to file a motion for reconsideration or an appeal to the appropriate court then it’s their right being a citizen of this country. Lahat tayo ay may karapatan,” Mayor added.