MMDA chief: We can’t escort Apec VIPs with only scooters 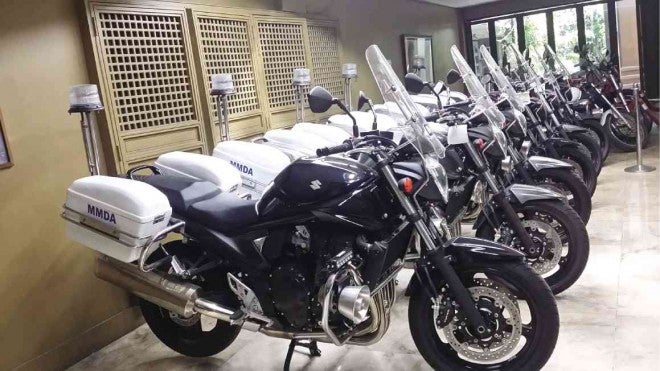 The Metropolitan Manila Development Authority (MMDA) defended its purchase of new high-performance motorcycles for the security and traffic management personnel who will be deployed when the country hosts the Asia-Pacific Economic Cooperation (Apec) Summit in November.

“The US President is bringing two warplanes, the Sultan of Brunei, eight big planes—and we’re using scooters?” MMDA Chair Francis Tolentino said in a phone interview Saturday. “The Russian (security escorts), who are 6’5” in height, can just kick them out of the way.”

In a radio program on Sunday, Tolentino stressed that the 10 new Suzuki Bandit 750 bikes would not just be there for show.

“The MMDA is part of the Apec organizing committee and our duty is to escort high-ranking officials who will participate in the Apec meet,” he said. “We are complying with international conventions on the protection of visiting heads of state.”

In San Mateo’s view, the visiting heads of state will “understand” if they see “average security equipment” being used in the host country, where millions still live in poverty.

Tolentino said the new 10-bike fleet will be joined by two previously acquired Ducati Monster 795s, which the MMDA first used during the visit of Pope Francis in January. 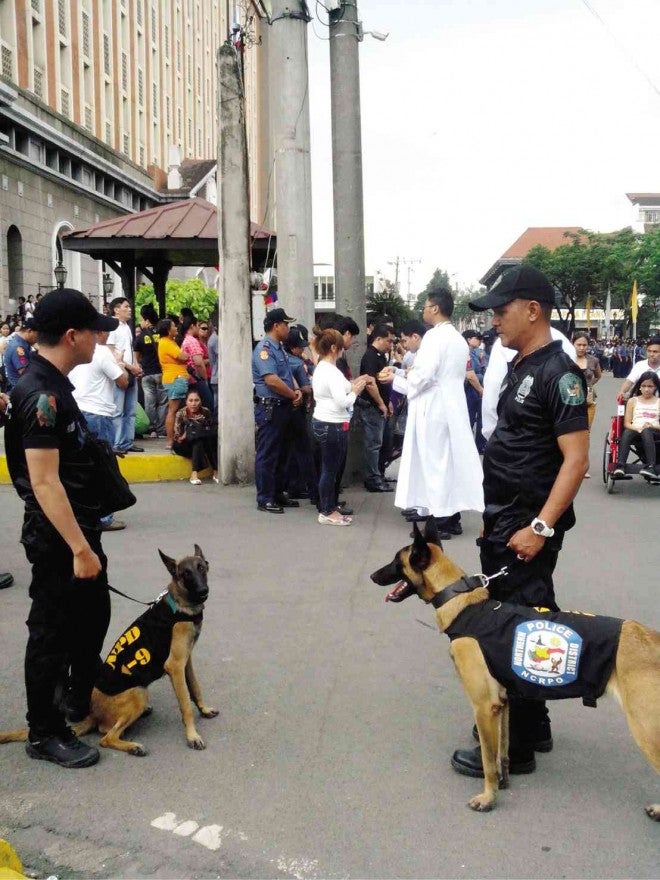 Formed only in October last year, the Northern Police District’s K-9 unit includes Alpha and Halo, both of the Belgian Malinois breed, whose resumé includes guarding Manila Cathedral during the visit of Pope Francis in January.  NPD PHOTO

The Ducati bikes cost around P500,000 each while the Suzukis were procured by the MMDA at a slightly lower price, he added.

From the airport, the Apec convoys would be using Skyway where only motorbikes with 400cc engines or higher are allowed, hence MMDA’s old fleet of motorcycles and scooters would simply not do, Tolentino said.

“We will not be allowed to pass through the Skyway with 100cc bikes or scooters. The Skyway requires at least 400cc (motorcycles), while international standards for escorts require 600cc and above,” he added. “What if they conk out (while escorting the VIPs)? That would be an embarrassment.”–With Krixia Subingsubing