Rule of law spares no one–Palace 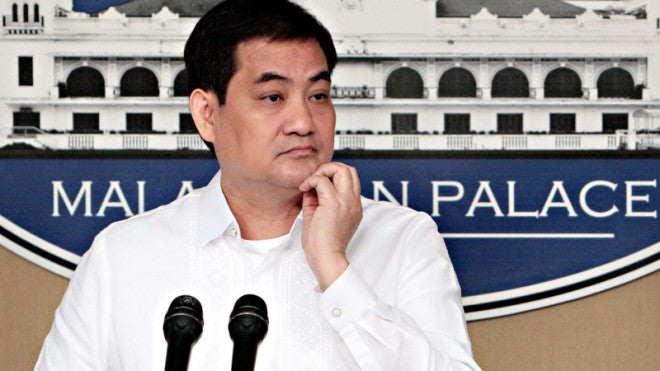 Saying “the rule of law applies to everyone, friend or foe,” Malacañang on Wednesday welcomed the Office of the Ombudsman’s decision to sack 11 top officials of the Philippine National Police, including resigned PNP chief Alan Purisima, for their alleged involvement in a P100-millon deal with a private courier service firm.

Presidential spokesman Edwin Lacierda, in a brief statement, said they “expect the Ombudsman order to be carried out as directed.”

Purisima, one of President Aquino’s close friends in government, was earlier suspended for six months without pay by the Ombudsman for his participation in the same case. After serving the suspension, Purisima resigned as PNP chief, but not from the force.

The Ombudsman tasked the Department of Interior and Local Government to implement the suspension order.

In a 50-page decision, the Ombudsman on Tuesday dismissed the PNP officials from service following its investigation over the allegedly anomalous contract with Werfast Documentary Agency, Inc.

Also dismissed from the service was Chief Supt. Raul Petrasanta, a former official of the PNP Firearms and Explosives Office and currently Central Luzon police director. He was being eyed as the next PNP chief and was even endorsed to the President by Speaker Feliciano Belmonte Jr.

According to the Ombudsman, the case respondents were liable for the administrative charges of grave misconduct, serious dishonesty and grave abuse of authority.