Under this proposal, DMCI need not call for a demolition crew since Dr. Jose Rizal will be making one more “sacrifice.”

In a House hearing on Wednesday, Manila Rep. Amado Bagatsing offered what he considered a win-win solution to the Torre de Manila controversy: Turn the national hero’s monument by 180 degrees so that its new background would no longer include the DMCI Homes condo project.

Bagatsing’s suggestion and rationale drew chuckles from his colleagues in the House committee on Metro Manila development—but the lawmaker said he wasn’t joking.

In an exchange with National Historical Commission of the Philippines chair Ludovico Badoy, Bagatsing asked: “A lot of people are asking why Jose Rizal has his back turned on Manila (and facing west toward Manila Bay). What is the historical basis for this?” 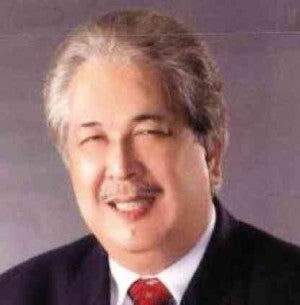 He cited his “history lessons” about Rizal’s execution in 1896 in which the patriot turned around at the last moment to face his firing squad. The Spanish-era execution site, then known as Bagumbayan, would later become the national park designed around Rizal’s iconic monument.

But National Commission for Culture and the Arts legal counsel Trixie Cruz-Angeles said the agency would have none of this “foolish” proposal. “We are complaining about DMCI’s Torre de Manila defacing the skyline, so why should we let our national hero face this eyesore?” she said.

“If we agree to this compromise, then we will have to alter all our historical shrines and heritage sites to bend to the will of greedy and insensitive corporations.” said Cruz-Angeles.

Approved by the Manila city government in 2012, Torre had since drawn criticism but was already more than 40 floors high when the Supreme Court (SC) issued an order last month temporarily halting the project. The order stemmed from a petition filed by the Knights of Rizal in September last year to have the structure demolished.

The SC set for July 21 the oral arguments from the petitioners and DMCI.