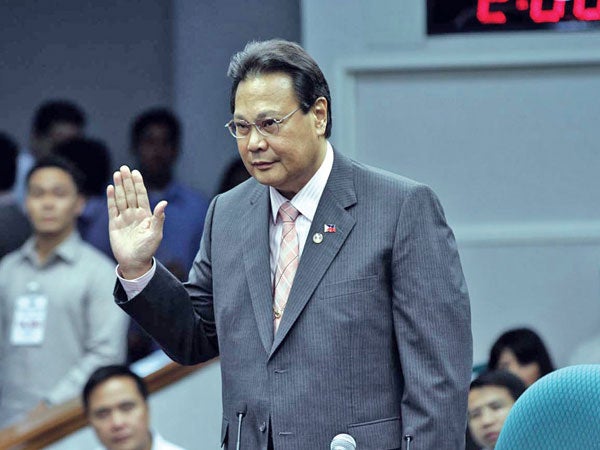 The Court of Tax Appeals ordered former Chief Justice Renato Corona to explain why he should not be cited in contempt of court for failure to appear in his arraignment on the remaining six counts of tax evasion.

Corona is facing 12 counts of tax evasion cases. He is facing a tax liability of P120.5 million for violation of Sections 255 (failure to file income tax return) and 254 (attempt to evade payment of taxes). Based on the Bureau of Internal Revenue (BIR) complaint, Corona did not declare all his assets in his Statement of Assets Liabilities and Networth.

Then, last February, Corona insisted before the Tax Court that he should be arraigned only for violating Section 255, or failure to file income tax returns. They argued that both sections 255 and 254 (attempt to void or defeat tax collection) constituted the same acts of tax evasion under the NIRC.

But the Tax Court denied the bid and insisted he should be arraigned. Corona was arraigned on the six counts for violation of Section 255 but deferred the arraignment on the other six. Arraignment was set on April 15 then moved to May 6 and eventually July 1.

READ: Corona’s bid to be arraigned on 6 tax cases only rejected

Atty. Reinhard Sanchez told the Tax Court that Corona’s legs were swollen and he needed to see a doctor.

Sanchez said they have no intention to delay the proceedings, but that Corona’s physical condition was important.

“He is willing to be arraigned at the soonest possible opportunity,” he assured.

Associate Justice Amelia Cotangco-Manalastas said he “should show cause why he should not be cited in contempt of court.”

The camp of Corona was given five days to comply and submit a medical certificate.

Arraignment was reset to July 22. IDL