Who will defend us? Singapore PM asks as society rapidly ages 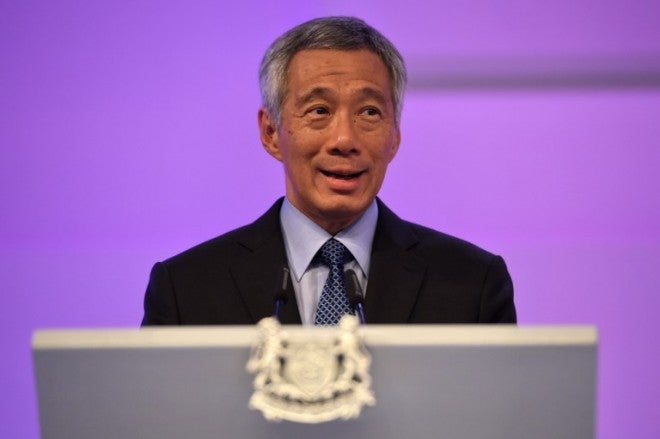 SINGAPORE–Singapore’s population is aging faster than nearly any other society in the world, Prime Minister Lee Hsien Loong said Tuesday, warning this could have a serious impact on the economy and defense.

Lee, 63, said he was worried that the city-state’s population was expanding at its slowest pace in a decade despite the government’s incentives to encourage citizens to produce more babies.

“Who is going to pay the taxes to spend on whom?” he asked in a speech at a forum organized by the Singapore Management University.

“Our defense, who is going to man the SAF (Singapore Armed Forces), who will defend us? We can’t be ‘Dad’s Army.’”

Lee in his speech flagged the demographic shift as one of the country’s major challenges in years to come.

Singapore’s population expanded at a mere 1.3 percent last year, the lowest in 10 years, and the trend is likely to continue, Lee said.

“It is something to worry about because what does rapid ageing means for a nation? We are growing older faster than nearly any other society in the world.”

The government for years has been encouraging couples to have more than two children, offering financial and other incentives.

But the campaign has met with little success, prompting the government to increasingly rely on foreign labor.

Singapore’s total fertility rate fell to 1.19 babies per woman in 2013 from 1.29 in 2012, well below the 2.1 babies needed to naturally replenish the native-born population.

High living costs, including for education, and lifestyle choices have been cited as among the reasons.

As of end-June 2014 Singapore’s population totaled 5.47 million, of whom nearly 40 percent are foreigners.

Strident complaints from citizens about immigration have led the government to curb foreign hiring and the granting of permanent residency status.