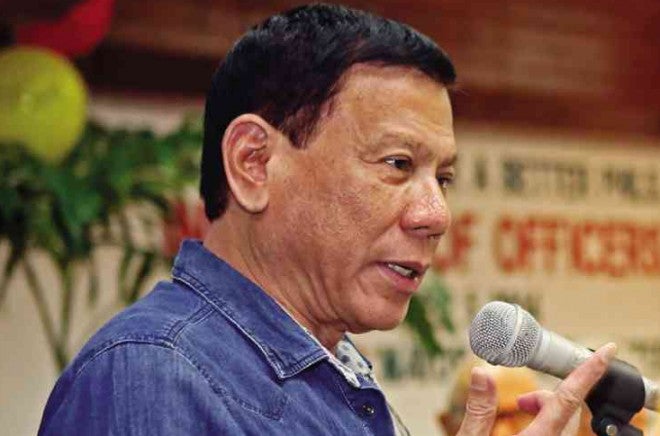 DAVAO CITY—Mayor Rodrigo Duterte warned smugglers against bringing in the synthetic rice from China, saying he would make those caught selling it consume all the fake rice in their possession.

“I’ll make you eat all of it,” Duterte said on his Sunday television program “Gikan sa Masa, Para sa Masa.”

“If you get caught with 200 tons of fake rice, I’ll give you 24 hours to consume it all,” Duterte warned, as he called on the public to be on alert against the possibility of the fake rice from China finding its way into the Philippine market.

Reports said the fake rice, made of potato, sweet potato and synthetic resin (a component used in making plastic that is highly poisonous), is being manufactured in China and exported to Asian countries like Indonesia and Vietnam.

The uncooked fake rice has almost the same color and texture as the genuine rice, hence, very hard to detect.

However, the National Food Authority said there was no indication yet that fake rice had reached the Philippines.

“This fake rice is plastic and it can kill a human being,” Duterte said.

“Once eaten by a person, it would go into his system and put his health in great danger,” Duterte said as he ordered the police to investigate and prevent the entry of the fake rice into the Philippines. Germelina Lacorte, Inquirer Mindanao

Gov’t to start vaccination of essential workers, indigents by end-May

Senators on Enrile advice on China: ‘Yes to friendly ties, no to surrender’