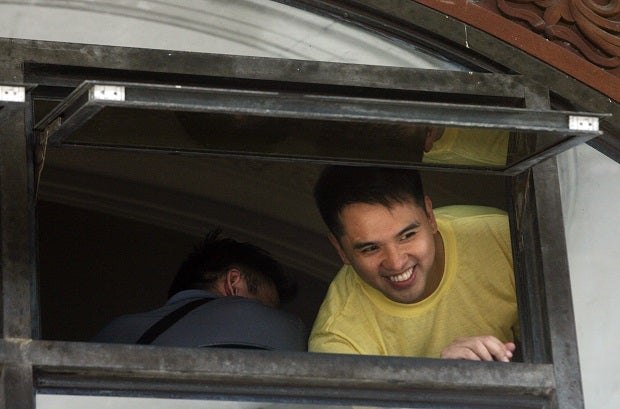 CEDRIC Lee, the businessman embroiled in a mauling incident against actor Vhong Navarro, faces another suit, this time for malversation and graft over the alleged anomalous use of P23.47 million in bank loans for the construction of a public market in Bataan.

In the malversation complaint filed before the Sandiganbayan on Monday, the Office of the Ombudsman said former Mariveles mayor Angel Peliglorio Jr.  conspired with Lee as President and CEO of Izumo Contractors Inc. by authorizing the release of P23.47 million bank loan proceeds to Lee’s company on March 27, 2005 upon the latter’s request even without procedural safeguards, guarantee of performance, and in violation of audit rules.

A portion of the bank loans to the amount of P14.056 million was the subject of a separate graft complaint as these were debited from the municipality’s Internal Revenue Allotment to pay for such a loan, to the disadvantage of government and in violation of Section 3(e) of the Anti-Graft and Corrupt Practices Act.

The loans were released as advance payment for the construction of Mariveles public market, the implementation of which never commenced, the two complaints said.

The Ombudsman said Lee and Peliglorio are liable for malversation for violating Article 217 of the Revised Penal Code, which penalizes misappropriation or malversation of public funds due to abandonment or negligence.

Lee and actress-model Deniece Cornejo are out on bail as they face serious illegal detention charges for allegedly mauling Navarro before the Taguig Regional Trial Court.

Navarro filed the serious illegal detention case accusing a group of men led by Cedric Lee of mauling him in the condominium unit of Cornejo in upscale Bonifacio Global City in Taguig on January 22, 2014.

Cornejo, meanwhile, cried rape against Navarro at the time of the alleged mauling incident.