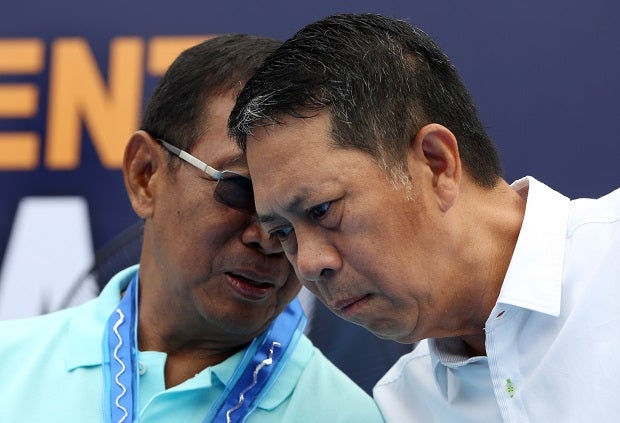 Ilagan, a former Cainta mayor, said he accepted the invitation of Binay to serve as the spokesman of the political party that would field the latter as its standard-bearer in the 2016 elections.

He said his designation as UNA spokesman was finalized only on Wednesday.

“I believe in (Binay’s) capabilities (as a leader) despite the allegations and issues against him,” Ilagan told the Inquirer.

Ilagan is currently the provincial coordinator of UNA in Rizal province, a job he assumed last year. But he said he remains a member of the Nationalist People’s Coalition of businessman Eduardo “Danding” Cojuangco.

Ilagan was a three-term mayor of Cainta, Rizal, who stepped down from office in 2013.

Before entering politics, he had been a reporter-anchor of ABS-CBN for 11 years and had served as producer of development programs for Radio Veritas for 10 years.

Ilagan believes it was his vast experience in the media that got him the job.

In an interview, Ilagan said he would begin his job on July 1 when UNA will be formally launched. He acknowledged that a “tough” job awaited him.

Ilagan said he and the UNA interim president, Navotas Rep. Toby Tiangco, would have a delineation of functions when it came to speaking about the party.

Ilagan has been accompanying Binay in field visits since Wednesday. He was with Binay on Thursday when the Vice President went around public markets in Rizal.