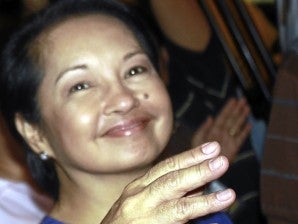 A senior aide of Datu Andal Ampatuan Sr. has accused former President Gloria Macapagal-Arroyo of ordering the former Maguindanao governor to deliver a 12-0 sweep of her senatorial candidates in 2007 and commit fraud if necessary.

Sixto Brillantes Jr., chairman of the Commission on Elections (Comelec), presented Norie Unas on Monday to reporters, saying he was providing the first direct evidence against Arroyo in the joint inquiry by the agency and the Department of Justice (DOJ) on poll irregularities in 2004 and 2007.

Brillantes described Unas, who served as Ampatuan’s provincial administrator for eight years until September 2009, as the person who “stage-managed things to manipulate the results of the elections.”

“He will testify that he was present when instructions to commit the irregularities in Maguindanao were given by the highest official of the land at the time,” Brillantes said.

In a six-page affidavit, Unas said that a few days before the May 14, 2007, elections, Arroyo called a dinner-meeting in Malacañang during which she and her senatorial candidates reportedly appealed to a number of governors and local officials present to deliver a 12-0 result in the balloting. Twelve Senate seats were contested in the elections.

The governor replied, “Opo [Yes] Ma’am,” according to Unas, who said he was in the Palace on orders of Ampatuan because he was also acting as his translator.

During the meeting, the senatorial candidates delivered speeches urging the governors to mobilize their “command votes” and ensure a 12-0 win, Unas stated.

Ampatuan also gave a speech, declaring that “Maguindanao was the extension of Pampanga” and promised that the province would deliver the votes, Unas said.

When it was her time to address the audience, Arroyo thanked Ampatuan and ordered all leaders present to ensure an administration sweep in all the provinces, he said.

The next day, Ampatuan received a call, instructing him to meet with then First Gentleman Jose Miguel “Mike” Arroyo in his office at the LTA Building in Makati City, Unas said. “Governor Datu Andal wanted me to accompany him to meet FG Mike Arroyo, so I went with him as he requested.”

When Ampatuan was called inside a room, Unas said he saw Mike Arroyo sitting behind his table. At least one or two persons were also inside the room but he was not able to identify them since he was left behind at the reception area, he recounted.

Once outside the office after the meeting, Unas said Ampatuan told him that Mike Arroyo gave him a firm directive to deliver a 12-0 win for the administration in Maguindanao and specifically ordered that Senator Alan Peter Cayetano should not get a single vote.

“Dapat kayanin natin ito kasi ayokong mapahiya kay FG at kay GMA [We need to do this because I don’t want to be embarrassed before FG and President Arroyo],” Unas quoted Ampatuan as telling him.

At the press conference, Justice Secretary Leila de Lima said that with Unas’ affidavit, the Comelec-DOJ inquiry might  no longer deem Zaldy Ampatuan’s affidavit as vital to the investigation.

“I don’t think we still need Zaldy unless he is willing to execute a more detailed supplemental affidavit,” De Lima said.

Zaldy Ampatuan was then the governor of the Autonomous Region in Muslim Mindanao. He and his father are facing multiple murder charges and are detained while on trial in connection with the massacre of 57 people in Maguindanao on Nov. 23, 2009.

Zaldy Ampatuan had offered to turn state evidence in the 2007 balloting  case and also against his father in the massacre trial.

In the run-up to the 2007 polls, Zaldy Ampatuan supposedly campaigned actively for a 12-0 victory in his province, designating then Maguindanao Election Supervisor Lintang Bedol to take the lead role, Unas said in his affidavit.

Unlike Zaldy Ampatuan’s and Lintang Bedol’s affidavits, which were mere hearsay, Unas’ testimony was based on his own personal knowledge directly implicating the former First Couple, according to De Lima.

In enjoining election officials in the province to heed the request of the First Couple, Unas quoted Ampatuan as saying, “Huwag nyo akong ipahiya kay Presidente! [Don’t embarrass me to the President].”

When asked what pushed him to come out, Unas said: “I have to clear some issues, misstatements and allegations that I know are not true so I found a way to contact Chairman (Brillantes).” Asked why now, he replied, “During that time, who do you think could we turn to?”

Unas, who said he was then already suffering from a chronic obstructive pulmonary disease, added that he had asked Andal Ampatuan to spare him from the “rigorous details of the preparations for the elections.”

According to Unas, Ampatuan put him in charge of providing logistical support to the Comelec staff involved in the operation, like ensuring that facilities at the capitol, including electricity, water and communication, were available to the Comelec, the military and the police.