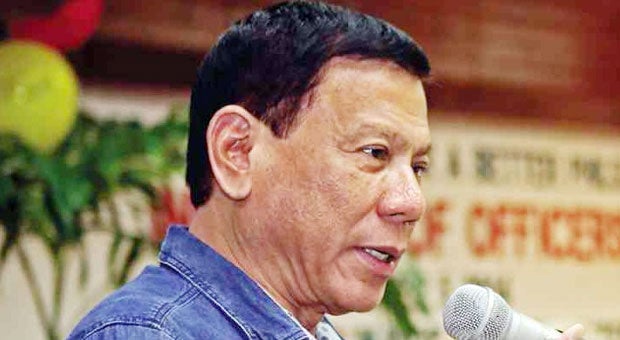 Davao City Mayor Rodrigo Duterte says subsidizing mass transport systems will speed up economic growth in the country due to increased productivity among the working force.

He made the statement a day after the Metro Railway Transit bogged down anew, forcing passengers to walk on the railway on Monday night.

“We would like our workers to be productive, but how could they be productive when they come to work late and tired because of the jostling to get a ride, not to mention the fact that a huge chunk of their daily earnings go to their transportation fare,” Duterte, in a press release, said.

The tough-talking mayor said that providing subsidized mass transport system would catalyze national economic growth as it would increase productivity among the working force.

“I can’t imagine why our government could be so insensitive to the plight of the poor workers. Not only is public transport so expensive, it demeans the human beings who are cramped inside the MRT and LRT like cattle,” Duterte said.

After witnessing how people get stuck in long lines just to take an MRT ride, Duterte said he was sad and disappointed that this has been happening every day in Metro Manila.

“Those who could not bear the long wait were walking along the road and every time a jeepney stopped to pick up passengers, there was a mad scramble among the poor commuters,” he said.

Duterte added that government should ensure equity and human dignity for the people who have been serving as backbones of the country.

“Government must really shoulder part of the transport cost of ordinary wage earners and office workers to ensure equitable and inclusive human development in the city,” Duterte said.

Meanwhile, Duterte said a mass transport system like the MRT and LRT would be constructed in Davao City after the local government projected a fast-growing population and economic activities in the city.

Learning from the mistakes in Metro Manila, Duterte shared that the mass transport system in Davao City would be subsidized making it more accessible for ordinary commuters.

“We will take into consideration the fact that those who will use it are ordinary people who earn very little,” Duterte said.

Recently, the local government announced that the Korea Engineering and Construction was doing the feasibility study of a multimillion-dollar project for a 13.6-kilometer railway system.

The company said that 5,000 to 20,000 commuters could be transported by the monorail-type transport system every hour with an average speed of 70 kilometers per hour.

Duterte said his support for the project and his views on the MRT and LRT management were based on his belief that government should not disregard people and should consider their welfare in the development projects in the country.

“We hail our overseas workers as heroes but we bleed them dry with all of the requirements and fees they pay before they could work abroad. We call our farmers the backbone of the nation but we could not even support them with free irrigation water and technology support,” Duterte said. SM/RC