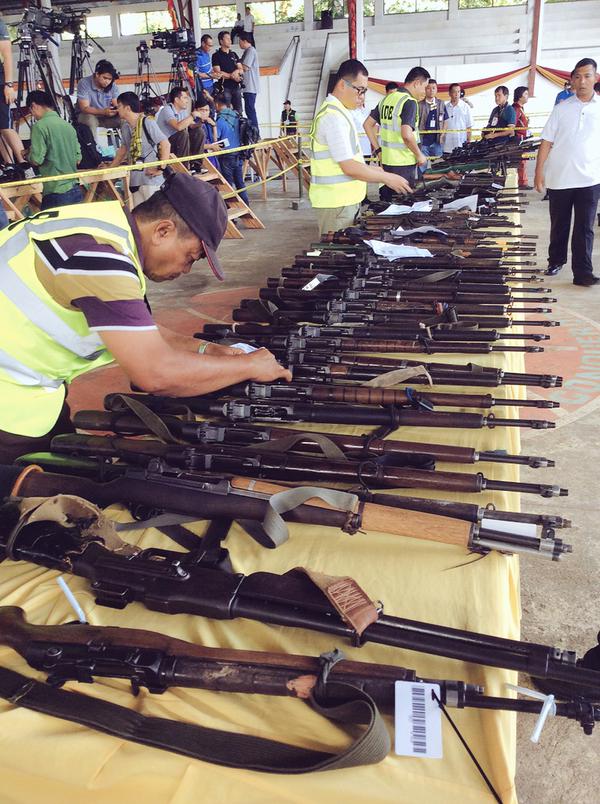 Defense Secretary Voltaire Gazmin, who arrived ahead of President Aquino, said he hoped that more disarmament rites would follow.