LOOK: Commuters walk on Guadalupe bridge as MRT breaks down 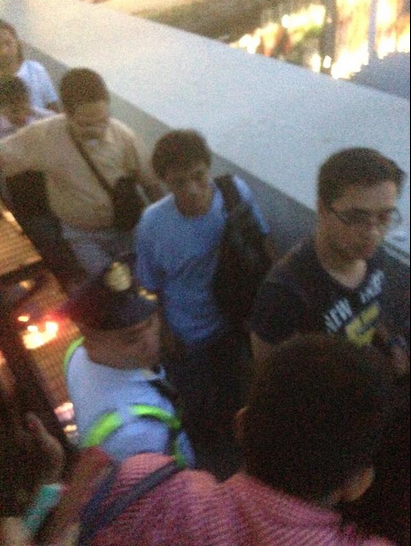 Passengers were forced to walk on Guadalupe Bridge Monday night as an MRT train breaks down. FRITZ MARTIN

Passengers of a northbound Metro Rail Transit (MRT)-3 train were forced to walk in the middle of Guadalupe bridge in Makati City after the train suffered from an alleged “system failure.”

Fritz Martin, one of the passengers in the train, told INQUIRER.net that the train stopped at around 6:30 p.m. between Guadalupe and Boni stations.

Asked on why they were forced to disembark from the train, Martin said that the station staff told them that the train has suffered from “system failure.”

Due to the incident, the MRT is now on provisional service, plying from North Avenue to Shaw Boulevard stations and vice versa as of 6:40 p.m.

Meanwhile, Carmel Evangelista told INQUIRER.net that the affected train has not been removed yet from the site as of 7:15 p.m.

“There is a defective train currently stuck between Guadalupe and Boni. All trains have stopped for one hour already,” Evangelista said.

INQUIRER.net tried to contact MRT General Manager Roman Buenafe but has not responded as of posting. AJH/DPL 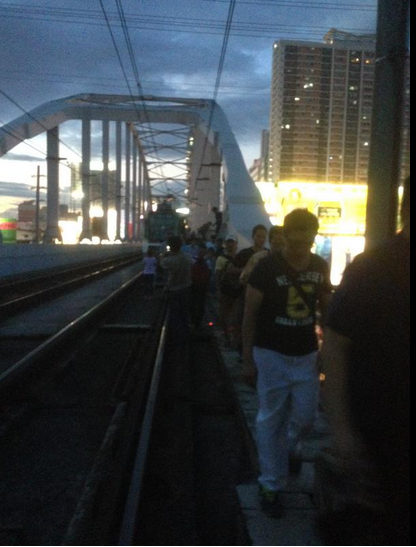 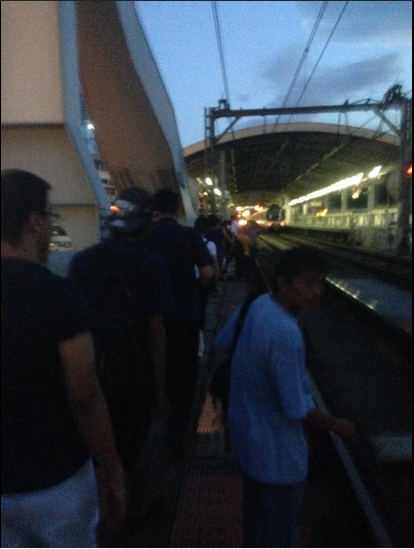 MRT-3 passengers forced to walk railways or suffer from suffocation