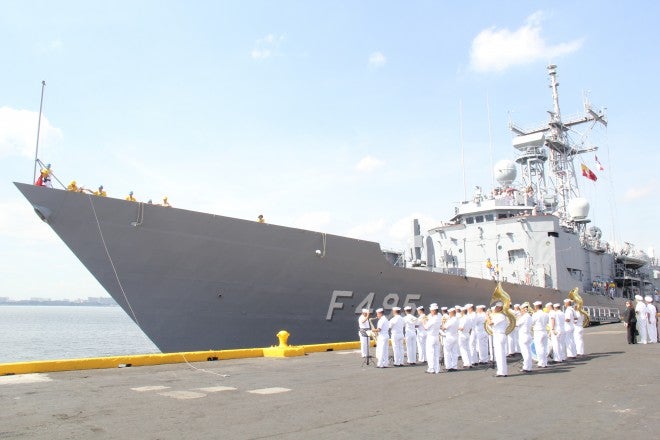 A Turkish Navy ship arrives in Manila on Monday at the Pier in 15 in South Harbor, Manila for a goodwill visit. This is the first time a Turkish ship docked in Manila. PHOTO FROM PHILIPPINE NAVY

A Turkish Navy ship docked in Manila for the first time on Monday for a four-day goodwill visit aimed at boosting bilateral relations as well as fostering the ties of the two armed forces.

TCG Gediz is in Manila as part of its 125th anniversary of the commemoration of the voyage of Ottoman Frigate Ertugrul to Japan, the Turkish Embassy said in a statement.

The ship with a crew of 230 is headed by Commander Yusuf Kocaman. It will be in Manila from June 15 to 18.

The Ertugrul frigate was sent to Japan 125 years ago as a display of friendship to reciprocate the visit of the Japanese royal family to Istanbul in 1887. It left Istanbul on July 15, 1889 and arrived at the Yokohama port in June 1890, visiting several Asian ports along the way.

For this year’s mission, the ship was deployed last April 1 from the Port of Aksaz in Turkey and by the time it is completed, TCG Gediz will have visited 18 ports in 14 countries covering 20,300 nautical miles for 122 days.

The Turkish Navy ship was met by the BRP Silang Patrol Gunboat (PG14) near Corregidor and escorted it to the port area in Manila.

“A meeting procedure is a customary Navy event observed internationally where the host’s ship meets with the visiting ship and escorts it to their port of call,” said Navy public affairs office chief Commander Lued Lincuna.

A port briefing aboard the Turkish vessel on security, safety and health was given by Philippine Navy personnel after the ship’s arrival.

The commanders of the ship will meet senior officials of the Philippine Navy and other top level military officers. There will also be tours, goodwill games, receptions and other professional exchanges as part of the port visit.