Why women welders are preferred in Mideast 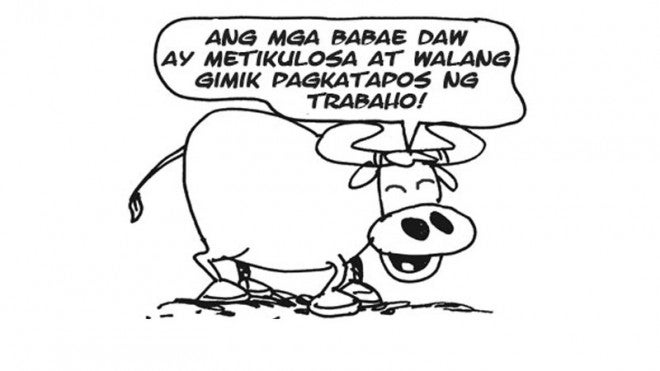 Filipino female welders may (or may not) have a reason to celebrate.

Women appear to be more “in demand” in the Middle East because they are perceived to possess certain traits that employers find crucial, according to Director General Joel Villanueva of the Technical Education Skills and Development Authority (Tesda).

For one, women are regarded as meticulous. For another, they are seen as rather serious types, said the official in charge of the agency that oversees technical-vocational education in the country.

“I asked in the Middle East, ‘Why?’ And they said: ‘Men go out frequently (magimik) at night. The women, after work, will return to the dorm. The women are asleep, while the men are (out),’” Villanueva said in a talk with editors and reporters at the Inquirer main office in Makati City on Thursday night.

According to the Tesda chief, the biggest employers of Filipino female welders, apart from those in the Middle East, are Keppel and Hanjin, which build ships in Cebu and Zambales provinces, respectively.

Even before the female students could graduate from the course, these companies were already lining up to hire them, Villanueva said. It is this employability of technical-vocational graduates in general that should push others to enroll in any of Tesda’s programs, he said.

Tesda, 150,000 were college graduates. The rest were college dropouts in their third year or fourth year because they had realized that despite a college degree, [they] would still be part of the unemployed and underemployed. Imagine the money, time and effort that they have to spend,” he said.

This year appeared to paint the same picture.

“So when they finish college, [they] already know where they are going,” he said.

Although Tesda courses like bartending, coffee serving and housekeeping are popular among many Filipinos, other people continue to look down on technical-vocational education, Villanueva said.

“They think [that] to be successful in life, you need to be a college degree holder. If you don’t have a diploma in your living room, you are weak. But it’s not true,” he said.

He said it was this “stigma” of industrial education that Tesda was trying to eradicate by producing successful and employable graduates, and by promoting “success stories” of these graduates.

He cited the example of Ryan Cordova, a Tesda mechatronics graduate who now manages a company in Riyadh, Saudi Arabia. Tesda mechatronics students are taught how to configure devices, such as digital watches, thermostats and photocopiers.

Another example, Villanueva said, is Marjo Lardera, a consumer electronics servicing graduate, who, despite being armless, became known for his ability to fix appliances and devices, like refrigerators and watches, in Iloilo.

“I think that’s the only way. Even if I talk about it and people don’t see in their neighborhood success stories, they will continue to have that stigma and that penchant for college diploma,” Villanueva said.

Tesda graduates’ higher chances of succeeding are also what drives him to make sure that Tesda programs reach every region of the country, according to Villanueva.

Only recently, Villanueva said, Tesda signed a memorandum of agreement with state-owned Philippine Amusement and Gaming Corp. for the agency’s acquisition of 40 more mobile training centers.

“We spent about P1.5 million to P2 million for scholarship programs,” he said.

“We are also encouraging technical-vocational institutions to apply for mobile training centers they can use. Right now, for example, in Region VII (Central Visayas), there are about 47 schools offering the mobile (service). They just park the vehicle, the truck,” he said.

Villanueva said seven of the online courses were “downloadable.”

“Certification comes in after you go to a [Tesda] assessment center. You really have to demonstrate (before you get a national certification). In Tesda, that’s how it is,” he said.