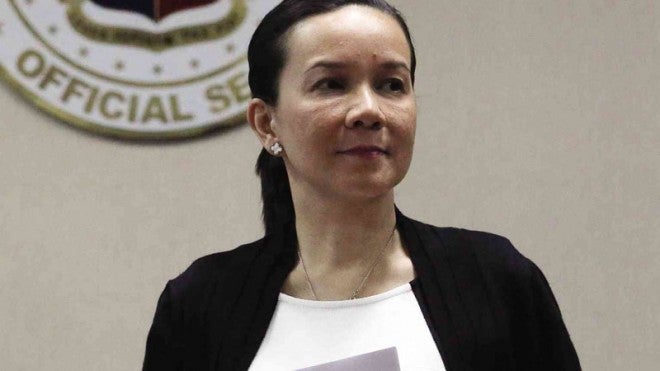 Sen. Grace Poe on Thursday said transparency and accountability are necessary for democracy to work even as media has an important role in improving accountability and fighting corruption.

Speaking during the Rotary Club of Manila (RCM) Journalism Awards 2015 at the New World Hotel in Makati, Poe highlighted the role of media in nation building, saying that if she had her way, every citizen would have “access to government contracts, project details and project allocations.”

“This is the purpose of the freedom of information (FOI) bill that has been one of my priorities since day 1. The FOI only adds just one more piece to the arsenal for our increasingly connected and engaged citizens. I won’t think the investigations on the PDAF (Priority Development Assistance Fund) or the current investigations on the Makati City parking building has been as successful without the citizens weighing on it through the Internet,” she said.

She noted that journalists do not only chronicle events but are also tasked with examining and exploring issues behind the newsstories.

The RCM honored the outstanding journalists for the year in print, television, radio and gave out special awards to selected media personalities.

Inquirer editor in chief Letty Jimenez-Magsanoc was named Journalist of the Year while Inquirer columnist Conrado R. Banal was recognized as the Opinion Writer of the Year. Inquirer president and chief executive officer Sandy Prieto-Romualdez received the award on behalf of Magsanoc.

Launched in 1966, the RCM Journalism Awards was organized to give recognition to the outstanding contribution of people in the tri-media and encourage the proper development of journalism in the country.

“Today is not only a day of recognition but a day of thanksgiving for the dedication, patriotism and courage of our awardees. I would like to thank them,” said Poe.

“It’s been said that the media has a key role to play in informing individuals. It provides an inclusive and critical platform for public dialogue and debate, simulating interpersonal communication and ultimately policy making that benefits a greater number of people,” she added.

Last year, Poe filed Senate Resolution No. 533, which calls for a review of government efforts to end media violence.