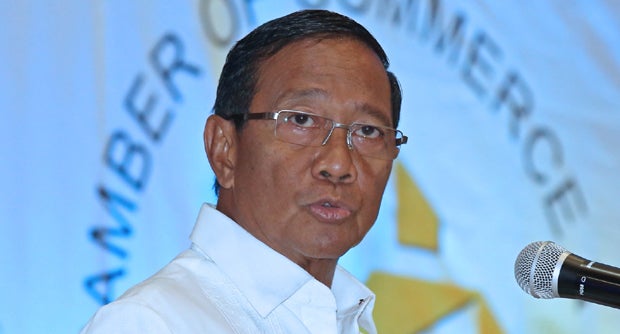 Vice President Jejomar Binay on Wednesday said he was open to Charter change (Cha-cha) to remove term limits for the president and vice president and to modify economic provisions in the nation’s basic law.

Binay said that instead of the current six-year limit with no reelection, the president and vice president should be given four-year terms with reelection.

In his state visit to Japan, Aquino dismissed the prospect of amending the Constitution to extend his term, saying that it could pave the way for another dictator leading the country.

“We will undoubtedly have benefits for having a government that will not have to relearn how to govern but we open doors to somebody who might emulate Mr. (Ferdinand) Marcos and not leave the office forever,” Aquino said.

Marcos ruled the country from 1965 up to 1986 when he was ousted through the first “People Power” revolution.

An economic Cha-cha bill pending in Congress is expected to soon pass third and final reading in the House of Representatives.

Under a resolution of both houses, the phrase “unless otherwise provided for by law” will be inserted to the provision granting 60-percent ownership to Filipinos and 40-percent on foreign investments.

If passed, the resolution would allow the amending of the Constitution through mere legislation by both chambers of Congress, subject to a plebiscite.