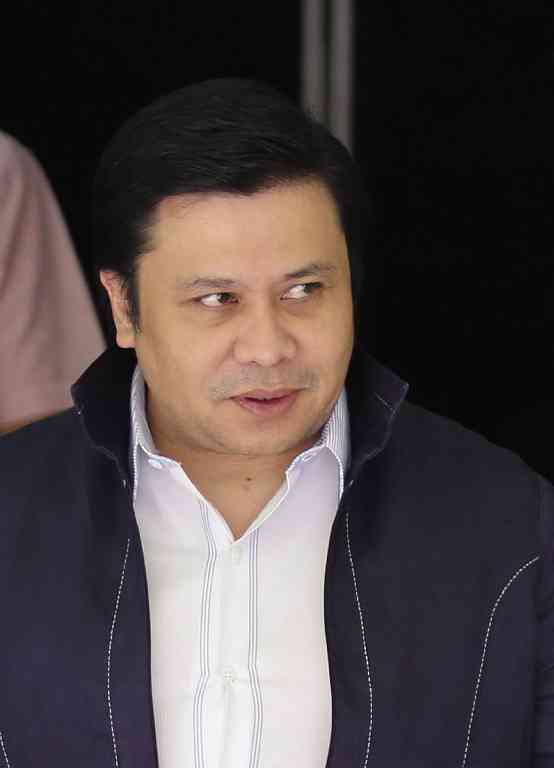 A man was caught with bundles of cash stolen from the Quezon City residence of detained Senator Jinggoy Estrada, and took a heavy beating before being turned over to the police early Saturday.

“I’m sorry for everything. I didn’t know it was your house. I’m really sorry, Senator,” Eric Dalagan, 34, native of Surigao del Norte province and currently residing in Taguig City, said in an interview with reporters.

After rummaging through the room of Estrada’s daughter and the office of his wife, Dalagan apparently helped himself to the food in the kitchen and then defecated in the balcony, according to PO3 Florendo Lauriaga, a police bodyguard assigned to the senator’s family.

Estrada has been detained at the Philippine National Police Custodial Center in Camp Crame since June 2014. He is on trial together with fellow senators Juan Ponce Enrile and Ramon Revilla Jr. on plunder charges arising from the pork barrel scam, which was exposed by the Inquirer in 2013.

Dalagan received hospital treatment for the beatings he took after his capture. Later facing the media with bandaged wounds, he said he was shot in the right hand and pistol-whipped on the head.

Lauriaga, a policeman from the Estradas’ bailiwick of San Juan and who served as the arresting officer in the case, denied using his gun on the suspect.

But he said Dalagan was mobbed by a group of men as he was making his escape around 3 a.m.

According to the officer, the senator’s wife, Precy Ejercito, and the rest of family had just returned from the birthday party of the senator’s mother Loi when she noticed that the door to her daughter’s room was slightly open.

“Ma’am found it odd because all the doors are locked whenever they leave. When she noticed that the window screen had been slashed, that’s when she panicked,” Lauriaga said.

They soon realized that the burglar was still in the house. Parreno told the police that he saw the suspect jump from the balcony.

Lauriaga said Dalagan had to be “rescued” later from a group of men who prevented him from fleeing and mauled him in the street. Recovered from the suspect was a sling bag containing an undetermined amount of cash and the suspect’s personal belongings.

Responding policemen from the QCPD left the recovered items with the Ejercitos “pending inventory when victim is available for interview.”

Lauriaga doubted whether Dalagan carried out or planned the break-in alone. Alberto, meanwhile, said it was possible that Dalagan, who described himself as a construction site helper and gave his address on Calle 7, Upper Bicutan, Taguig, used to work in Corinthian Hills because he seemed familiar with the layout of the Estrada residence.

Dalagan claimed that he was just scavenging for scrap metal in the neighborhood that early morning when he saw a chance to enter the house.

He admitted taking cash in P100 and P1,000 denominations from the rooms.