Aquino: No to Cha-cha, term extension 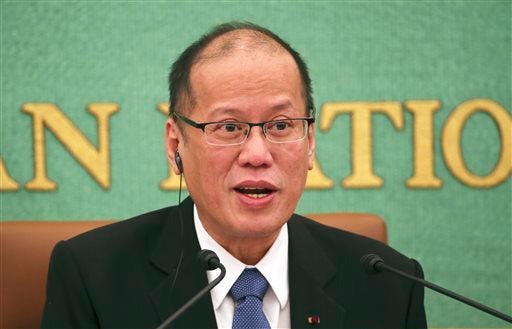 TOKYO—President Benigno Aquino III has dismissed anew the prospect of amending the Constitution to pave the way for a term extension, warning that such move courts the danger of installing another dictator.

Confronted with domestic issues in an engagement with Japanese journalists yesterday morning, Mr. Aquino again brushed aside proposals for a Charter change (Cha-cha) just so he could stay in power longer.

It was during martial law that he lost his father, the late Sen. Benigno Aquino Jr., a staunch critic of the late strongman Ferdinand Marcos.

“My answer to those who were espousing an extension of terms was, we will undoubtedly have benefits for having a government that will not have to relearn how to govern, but at the same time we open the doors to somebody who might emulate Mr. Marcos and decide not to leave the office forever,” the President said.

“And I think that is a very serious risk that our country, or my country, has to avoid,” he added.

“So I ask that we not consider reopening the Constitution for term limits.”

During his state visit here, President Aquino was several times asked who he thought would be his best successor, and how the Philippines could guarantee that the gains of his administration could be sustained under a new leader.

“When will I endorse? I promised our people I was hoping the end of June, but now it seems that I have to, by law, deliver a State of the Nation Address, which is (on) the last Monday of July, and it will be shortly after that that I will endorse the person to our electorate, to our people, as the person I believe who can carry out the continuity,” said the President.

This was in response to a Japanese journalist’s question on how the Philippines could ensure that changes during his administration would be continued, with Japan, as a close partner, concerned over the continuity of Manila’s favorable economic and security policies.

Mr. Aquino made the assurance that the friendship between the Philippines and Japan would always remain.

The President did not give a direct answer when asked about the low popularity of the ruling Liberal Party’s prospective presidential bet Mar Roxas.

Instead, Mr. Aquino said: “I don’t think our people will elect a foolhardy replacement that will suddenly throw away all of these very good economic partnerships that we have with Japan.”

The President’s stop at Japan National Press Club was his last appointment during a four-day state visit here.  Before meeting local journalists, he received Emperor Akihito and Empress Michiko for a farewell call at Imperial Hotel, his residence here.

President Aquino left Japan with his delegation of Cabinet members and other officials aboard the chartered Philippine Airlines flight PR-001 at 1:50 p.m. (Philippine time), ending his visit.