Despite what mother said, Roxas still mum on plans 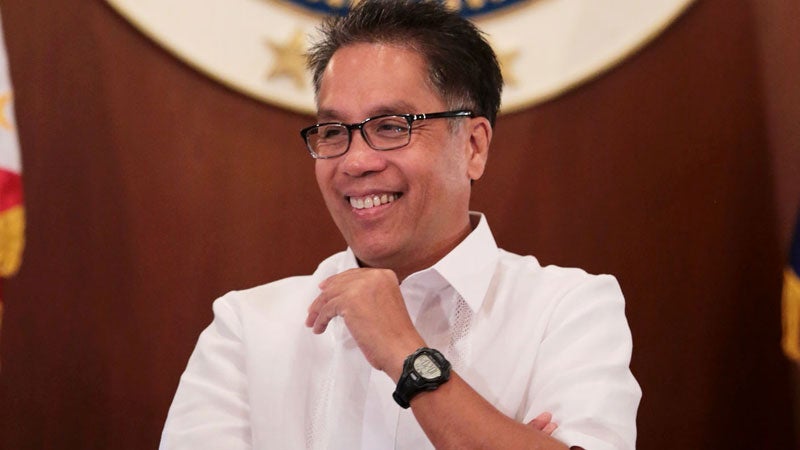 CALAMBA CITY, Philippines—Interior Secretary Mar Roxas shrugged off his mother’s pronouncements about his 2016 presidential candidacy during a recent dinner party, describing it as nothing more than “friendly chitchat.”

Treating lightly what everyone else may have taken as confirmation of his presidential bid, Roxas said his mother, Judy Araneta-Roxas, could just have been having one of those conversations with her friends in Bacolod City when she said that her son would be running for president next year.

Araneta-Roxas was quoted in media reports as campaigning for her son during a dinner with sugar industry leaders in Bacolod City over the weekend. The Araneta-Roxas matriarch then hosted dinner the following evening for local leaders, among them Negros Occidental Gov. Alfredo Marañon Jr., in her family’s ancestral house in Bago City.

“The truth is, my mother is from there (Negros Occidental). She has many friends there. Perhaps her close friends, associates and relatives were talking about (the) 2016 (elections) and other current events,” Roxas said.

“I was not there so I cannot comment,” he added.

Roxas said he had not spoken to his mother, who has not yet returned from her visit to their home province of Capiz.

Roxas, who has yet to confirm his 2016 presidential run, was again asked by reporters about the possibility of his being the Liberal Party’s standard bearer, as he visited the Calabarzon (Cavite, Laguna, Batangas, Rizal, Quezon) police headquarters here on Monday morning.

Last week, President Aquino said Roxas remained the top choice as standard bearer of the ruling party, although the official announcement would still be made in July.

Roxas said he was “humbled” by the President’s vote of confidence and would wholeheartedly accept the “responsibility” of continuing Aquino’s “daang matuwid” advocacy.

Roxas was at Camp Vicente Lim on Monday to inspect the illegal firearms and motorcycles seized through the Philippine National Police’s (PNP) Oplan Lambat-Sibat operations.

Oplan Lambat-Sibat is a program that Roxas launched in June 2014 against motorcycle-riding criminals, loose firearms and illegal drugs.

Roxas said the program was initiated in the National Capital Region (NCR) and had been cascaded down to Central Luzon and Calabarzon.

Of the 603 most wanted criminals listed in the NCR, Roxas said more than 460 had been arrested to date. Of 466 members of known criminal gangs, about 250 were now in jail, he added.

In Calabarzon, Roxas said the weekly average number of crimes, which included robbery, theft and car theft, was reduced to 103 last week from 169 the previous weeks.

Roxas also promised to provide every municipality in Calabarzon with a police patrol vehicle to boost law enforcers’ capacity to fight criminality.