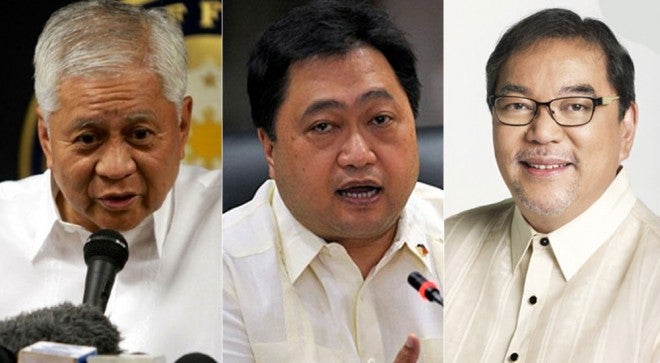 The combined wealth of members of President Aquino’s official family increased by more than P121 million last year, based on their statements of assets, liabilities and net worth (SALN).

The Aquino Cabinet’s wealth grew from P2.85 billion in 2013 to P2.97 billion the following year, thanks partly to the 9.59-percent increase in Foreign Secretary Albert del Rosario’s net worth.

Del Rosario remained the wealthiest Cabinet member with a P838,809,918.82 net worth last year, up by more than P73 million from the previous year.

The President himself declared a net worth of P68.3 million in 2014.

Education Secretary Armin Luistro, a member of the De La Salle Brothers, was the lone nonmillionaire among 36 members of the Cabinet. He declared a net worth of only P471,064.46.

Luistro, whose community is described as “full-time religious educators,” listed no real properties or “business interests and financial connections.” His net worth was based solely on money he kept in two bank accounts.

Finance Secretary Cesar Purisima placed second among the top Cabinet millionaires last year, dislodging Tourism Secretary Ramon Jimenez whose 2014 net worth was P283,425,800. Purisima declared a net worth of P298,940,320, which represented a P19.9-million increase from 2013.

Trade Secretary Gregory Domingo kept the fifth spot with a net worth of P148,636,967, which was around P2 million less than the one he declared in 2013.

Who are the richest, poorest Cabinet members?