‘Epal’ politicians: Till death do us part; mayor puts name on coffin 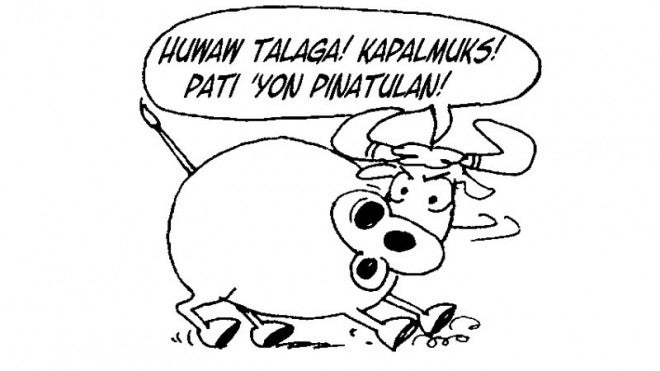 Vote-hungry politicians are putting their names or faces on just about anything, elections or not.

Several netizens found this to be inappropriate or disrespectful of the dead, based on a stream of frank, angry and funny comments exchanged on the Facebook page of the group Anti-Epal.

Congress has yet to pass an anti-“epal” bill. “Epal” is derived from the Filipino term for scene-stealer or attention-grabber.

The picture was of a white casket, brush-painted with “Alay ni (Offering of) Mayor TJ Rodriguez Jr.” in red on the side of the coffin, above the middle handle.

Antonio “TJ” Rodriguez Jr. is the mayor of Capas town in Tarlac province.

Reached on Tuesday, Rodriguez said it was “unfortunate” that netizens were not informed why the coffins bore his name.

“We devised this five or six months ago to prevent double collection of companies that provide the funeral services. The coffins painted with my name indicated that the coffins were already paid for by the local government and that the relatives of the dead need not pay anymore,” he said.

Ludy, a member of the Gising na Pilipinas network, wrote in Filipino: “He donated the coffins but his name adorns these. Have shame; you did not even spare these. You’re the worst among these attention-grabbers! (Sobrang epal sa lahat ng epal)”

Rodriguez said the town government began providing free coffins to indigents after he assumed office in 2010.

The coffins did not bear Rodriguez’s name until the problem of double collection cropped up.

“I started the program because these were actually requested by our poor constituents,” he said.

He said he had lost track of how many families had benefited from the program or how much the local government had spent for this type of assistance.

“Our intention was noble, to give a dignified wake. It was not intentional to promote myself,” Rodriguez said, noting he did not violate any law when his name was painted on the coffins.

Rodriguez said the coffin, lights and other equipment during a five-day wake, including the vehicle that brings the dead from the family home to the cemetery, cost P8,000.

Compared to commercial rates in the town, this is cheaper by P22,000, he said. The cost of the burial plot is shouldered by the family.

Rodriguez said his staff stopped painting his name on the coffins more than three months ago, when funeral services companies stopped charging the recipients.

Rodriguez blamed former Mayor Reynaldo Catacutan, a rival for a third term, for “making an issue out of a good cause.”

He said it was Catacutan who circulated the pictures of the coffins on his Facebook page. The mayor has no information if Ludy has ties with the former mayor.

In a telephone interview, Catacutan admitted he shared the picture to seek comments from his friends on social media.

“Why does he put his name on coffins funded by the government?” asked Catacutan.

Rodriguez said the “real issue” was that Catacutan had converted a hospital morgue at a Mt. Pinatubo resettlement in Barangay (village) O’Donnell for his personal use. Barangay leaders sued Catacutan for this, he said.

Catacutan said the hospital was never operated and so he applied to the Housing and Urban Development Coordinating Council to convert the morgue for commercial use.

Although this was awarded to him and he had spent P350,000 to maintain this, Catacutan said he never used it.

“The former village chief filed a certificate of desistance but [Rodriguez], using the new village chief, refiled a case and so we’re back at the preliminary stage of the case pending in a Regional Trial Court,” Catacutan said.