Mar Roxas: I am ready to continue ‘straight path’ 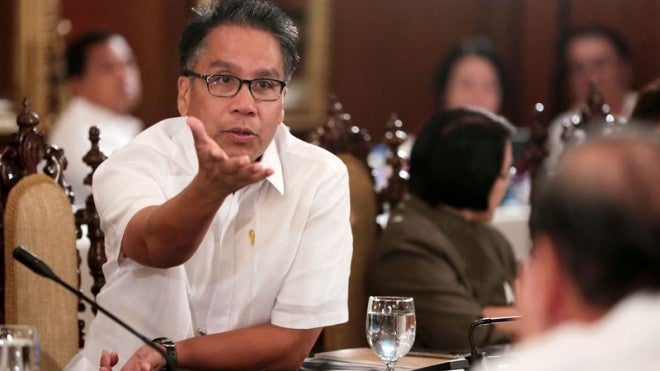 After receiving an apparent vote of confidence from President Aquino, Interior Secretary Mar Roxas says he is ready to take on the challenge of continuing the Chief Executive’s anticorruption campaign.

Reacting to the President’s statement that Roxas was “at the top of the list” of the administration’s presidential contenders, the interior secretary yesterday thanked Aquino for his trust and confidence.

“I am ready to accept this and continue the ‘straight path’ so that we can continue the good things we have started,” Roxas said in an ambush interview in Doña Remedios Trinidad in Bulacan province.

Roxas was referring to Aquino’s program to weed out malfeasance in government, which he launched after he was elected President in 2010.

Five years ago, Roxas gave up his plan to run for President and stepped aside to give Aquino a chance to run for the country’s highest office following the death of his mother, former President Corazon Aquino.

Aquino has said he will endorse a presidential candidate after his State of the Nation Address on July 27, his last Sona before his term ends.

While he has yet to announce the administration candidate, Aquino has praised Roxas’ work as a Cabinet member.

The interior secretary thanked the President for his trust in him and said he accepted that trust wholeheartedly.

Roxas did not answer directly when asked if he was ready for the presidential election. But he said he was ready to accept the challenge of continuing the “good things that we have started.”

In previous media interviews, Roxas was evasive about his political plans for 2016, preferring to talk instead about his job as a Cabinet secretary.

“We are in a good place now. It is not perfect, but we can advance further. Our countrymen know that if we stay on the straight path, we can go further,” he said on Tuesday.

He also said he met last week with Davao City Mayor Rodrigo Duterte, his good friend and rumored to be another possible presidential aspirant, and discussed with him the peace and order situation in the southern city.

Roxas declined to answer questions about whether he was considering Duterte as a possible running mate, maintaining that he was ready to continue the anticorruption program of the present administration.

In a statement earlier this week, Aquino praised Roxas’ work, saying the secretary had shown “a wide range of expertise in so many different assignments” and “a valuable member of the Cabinet.”

But Aquino avoided saying anything direct about Roxas’ chances of being the administration’s presidential candidate in 2016.

Aquino has also admitted talking to Sen. Grace Poe to run either for President or Vice President, describing Poe as “one of those we expect to continue [what we have started].”

Poe placed second to Vice President Jejomar Binay in a Social Weather Stations survey in March on possible presidential candidates, scoring 31 percent in the survey compared to Binay’s 36 percent. Roxas was tied with Duterte for third place, each with 15 percent.