Robberies, thefts down in QC due to local anti-narcotics teams

POLICE recorded a “tremendous decrease” in the reported number of crimes against property in Quezon city after anti-narcotics teams were re-established in the 12 police stations in the city in 2014, a city police official said on Wednesday. 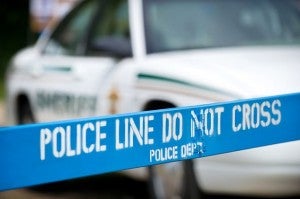 According to Quezon City Police District Anti-Illegal Drugs (QCPD DAID) group head Chief Insp. Robert Razon, the reactivation of the Station Anti-Illegal Drugs (SAID) units in late October was a major factor in the drop of robberies and thefts in the city in subsequent months.

Razon credits this to increased arrests of drug pushers following the SAID reactivation, leading to a narcotics “supply reduction.”

“There’s a correlation of drugs and the crime trend, since users tend to commit theft or robberies to sustain their addiction,” Razon said, in an interview with the Inquirer.

Of those arrested, 165 were tagged drug users, and 139 drug pushers.

The station-level anti-drug operations have also reported an increase in the number of filed cases and the amount of confiscated drugs, with 240.5 grams of narcotics seized, worth P961,800, Pagdilao said.

In comparison, only 30 drug personalities — 27 users and three pushers — were apprehended in the six-month span before SAID was reactivated, with only nineteen drug operations conducted and 183 grams of illegal drugs seized, worth P732,000, Pagdilao noted.

“That’s concrete evidence: There’s a tremendous increase in arrests, and a tremendous decrease in crimes [due to the SAID reactivation],” Razon said. With reports from Deany R. Cheng, trainee/SFM