TRO came as homeowners were packing 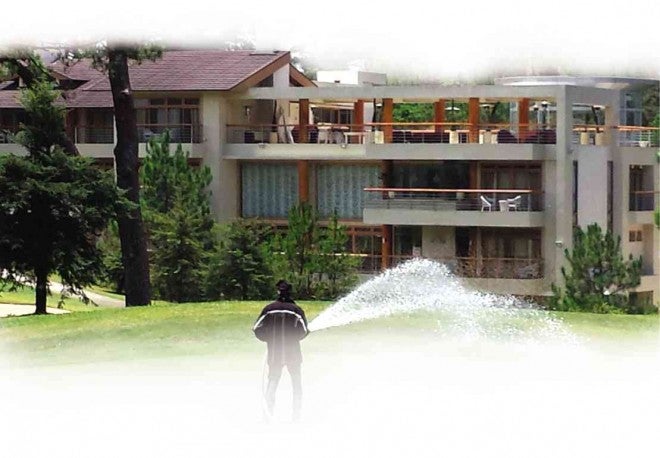 BAGUIO CITY—Some Camp John Hay homeowners had packed their bags, and were prepared to leave due to an eviction order, but were spared by a 60-day temporary restraining order (TRO) issued on Wednesday by the Court of Appeals (CA).

The order, issued by the CA’s fifth division on May 19, stopped lawyer Linda Montes-Loloy, Baguio clerk of court and ex-officio sheriff, from evicting everyone living or doing business inside the Camp John Hay Special Economic Zone here.

A copy of the TRO was served at the office of the Baguio clerk of court at 1 p.m. on Wednesday.

Loloy issued notices to vacate to enforce an arbitral judgment that should have resolved a dispute between Camp John Hay’s administrator, the Bases Conversion and Development Authority (BCDA), and its developer, the Camp John Hay Development Corp. (CJHDevco).

Many homeowners were fearful that the sheriff would padlock their log cabins, time-sharing hotel rooms and American cottages this week.

“We decided to pull out our things because once the sheriff padlocks our house, we won’t be able to retrieve them anymore,” said a homeowner, who said he drove to Baguio just to haul out his belongings.

In another section of Camp John Hay, another homeowner had packed his house’s lamps, electronics and clothes in his vehicle. “We are ready to leave. I am waiting for a friend to bring in movers so we can also bring along our sofas,” he said.

“We drove up for a holiday and were surprised that we had been evicted from John Hay. We will fight this, but we wanted to secure our property first,” said the homeowner’s wife.

Many were angry that their vested rights were not addressed when BCDA and CJHDevco submitted their dispute to an arbitration tribunal to end the feud.

The tribunal directed CJHDevco in February to return its leased area to BCDA, and ordered BCDA to reimburse CJHDevco’s rent amounting to P1.42 billion.

The tribunal, formed by the Philippine Dispute Resolution Center (PDRC), gave these instructions after it nullified the 1996 Camp John Hay lease agreement when it concluded that both parties had violated the contract to build 247 hectares of Camp John Hay into a tourism estate.

Wednesday midnight was the deadline of the 30-day eviction notice.

It was also the deadline for BCDA to pay the developer’s reimbursement, said real estate developer Robert John

Sobrepeña, in a news conference on Wednesday, announced the TRO issuance. He was accompanied by 12 lawyers who would assist homeowners and business locators affected by the eviction order.

The TRO addressed an omnibus motion filed on May 12 by CJHDevco to seek protection for its sublessees.

BCDA lawyer Peter Paul Flores earlier said the agency had fulfilled its obligation in April when it opened an escrow account in the name of Baguio Regional Trial Court Branch 6.

The court confirmed the PDRC ruling and was tasked to execute it through the court sheriff’s office.

But Sobrepeña said the PDRC ruling states that CJHDevco’s exit from Camp John Hay would take place simultaneously with the receipt from BCDA of the reimbursement check.

When asked, Sobrepeña said the TRO suspended the eviction as well as the BCDA’s deadline to pay.

The notices to vacate issued by Loloy were directed at CJHDevco and “all persons claiming rights under them,” which court officials said referred to sublessees of CJHDevco.

There are over 600 facilities the sheriff may have to padlock before the court turns these over to BCDA. Among these are 199 hotel rooms at Camp John Hay Manor, 276 hotel rooms at Forest Lodge, 25 country home, 56 log cabins, 12 log homes, five commandant’s cottages, 17 country estate units and 22 forest estate units.

Baguio court employees said 49 sublessees, among them businessman Manuel Zamora who owns a log home, had filed separate motions contesting the eviction notices. With a report from Amy Remo