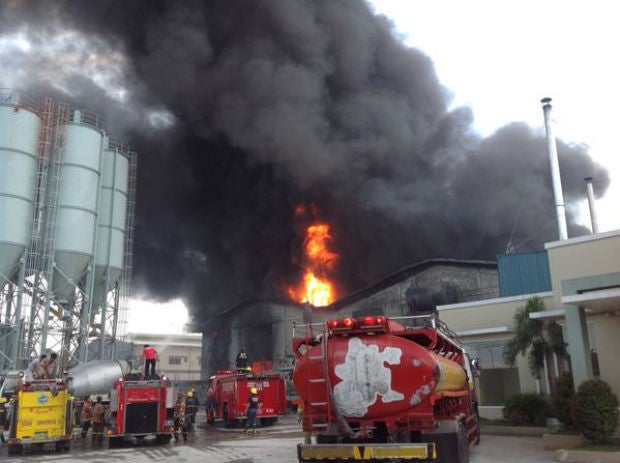 A ONE-STOP shop that will address the immediate needs of the families of the victims who died in a factory fire in Valenzuela will be set up by the local government on Wednesday, exactly a week after the tragic incident that took the life of 72 individuals.

Mayor Rex Gatchalian said that the one-stop shop, which will be put up at the audiovisual room on the third floor of city hall in Barangay (village) Karuhatan, will not only give assistance to the families but also shed light on a number of questions on their mind.

“Our mandate is to help the families get back on their feet,” Gatchalian told the Inquirer in a phone interview Sunday. “There are so many local and national agencies [which] can help them, [hence] we are putting them under one roof. We don’t want to inconvenience [the families].”

Gatchalian said that among the national agencies that they have tapped to come on Wednesday are the Philippine Charity Sweepstakes Office, Department of Social Welfare and Development and the Department of Labor and Employment (DOLE). He added that representatives from the Home Mutual Development Fund (Pag-Ibig), Philippine Health Insurance Corp. (PhilHealth) and the Social Security System (SSS) would also be present.

“[They will] help [provide] answers [to] whatever question that is lingering on their minds when it comes to the benefits due them,” Gatchalian said.

Reports said that CJC Manpower Services, a subcontractor employed by Kentex Manufacturing Inc., allegedly did not remit the employees’ contributions to SSS, Pag-Ibig and PhilHealth despite these being deducted from their salaries.

In his report to Labor Secretary Rosalinda Baldoz, DOLE NCR Director Alex Avila said that of the 104 employees under the Meycauayan, Bulacan-based subcontractor at Kentex, 36 were missing in the fire based on the list of the local social welfare office.

With regard to providing scholarships to the children left behind by the victims who perished in the seven-hour blaze in Kentex’ factory, Gatchalian said that “at this point, we are reviewing the individual profiles” of the victims, to determine the other forms of assistance that may be extended to their relatives.

Gatchalian said the local government and Rep. Wes Gatchalian will also extend financial assistance to the families, but have yet to disclose the amount. Other groups that have pledged support for the families are the city’s Filipino-Chinese Chamber of Commerce and Tzu Chi Foundation.

On Friday, Tzu Chi Foundation, a Buddhist volunteer organization, visited the families of the victims to give cash assistance of P5,000 to P10,000. They are also assessing which of the victims’ relatives can be included in their cash-for-work and scholarship programs.

Gatchalian called on the management of Kentex to give the families an amount that would help them cope with the tragic loss of a family member.

“I just want them to really help the families get back on their feet, economically. The victims were breadwinners. [I hope they] take that into consideration,” he said.

On Saturday, Kentex handed out P13,000 each to the victims’ families, representing their 10-day back pay and cash assistance of P5,000. Gatchalian earlier said that the amount was “negligible compared to what the families went through.”

Gatchalian said that on Wednesday, family members will also get to see a piece from their departed loved ones as the Philippine National Police’s Scene of the Crime Operatives would also host a viewing of the personal effects of the victims.

The victims’ relatives, who joined militant groups who held a short candle-lighting ceremony in front of the Kentex factory Sunday, expressed concern that the personal effects of their loved ones may have been wrongly attributed to the remains that were temporarily interred at Arkong Bato Cemetery.

Dionisio Candido, father of one of the victims, said that more than viewing the victims’ belongings, what they need from the authorities now is for them “to hasten the identification process.”

The unemployed father of six told the Inquirer that poverty forced his daughter to work as a “pakyawan” worker at the factory. He added that Rosalie was the one taking care of her youngest sibling’s education since all her elder brothers and sisters have families of their own.

As a “pakyawan” worker, Candido said his daughter earned a high of P400 to a low of P100, depending on her output. He added that his daughter did not have any quota to meet.

Candido explained that Rosalie got into the factory through the help of a friend who also worked in Kentex. The family friend, whom he refused to name, also died in the fire.

Ammied Rada, a brother of two of the victims, Erickson and Gerly, said he wants CJC to be held accountable, especially for their supposed non-remittance of membership contributions.

Rada claimed that his late brother had on several occasions reminded the subcontractor of the status of his contributions, but was repeatedly told that it was being processed. He added that he is looking forward to go to City Hall on Wednesday to inquire how the family could avail of his brother and sister’s benefits, who have worked for Kentex for four and two years, respectively.

On the other hand, Candido hopes that the local government and the Kentex management would speed up their giving of financial assistance. AC