Zamboanga City shall never be under Bangsamoro—Mayor Climaco 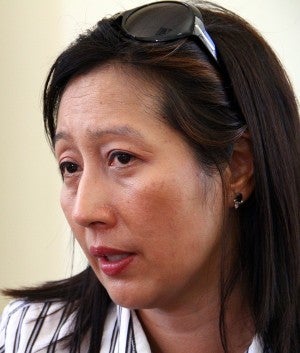 ZAMBOANGA CIY, Philippines—Zamboanga City Mayor Maria Isabelle Climaco on Thursday expressed her opposition to the prospect of including the city under the Bangsamoro entity.

In the Senate hearing on the BBL here, Climaco said the people of Zamboanga City has repeatedly and overwhelmingly thumbed down moves to be included in proposed autonomous regions such as the Autonomous Region in Muslim Mindanao (ARMM) in 1989 and the Memorandum of Agreement on Ancestral Domain in 2008.

“The city of Zamboanga and all of its 98 barangays and sitios should never be included in the Bangsamoro, now or ever,” Climaco said.

The mayor said that although the city council supports the initiatives on achieving peace in Mindanao led by President Benigno Aquino III, some provisions stipulated in the BBL could pose harm to the industries in the city.

Climaco also recounted the challenges faced by the city following the 2013 Zamboanga siege.

“The rebuilding and reconstruction from the siege is quite difficult and challenging. But we shall rise up once again, under one flag, one nation, one Zamboanga, united and undivided under one Philippines,” she said.

Zamboanga City Vice Mayor Cesar Iturralde raised his concerns on the proposed law, such as the deployment of the members of the Bangsamoro police force should only be assigned to areas under its territory and the provision of an exclusion clause under the BBL.