Bimby: ‘Are you my tito’s girlfriend?’ 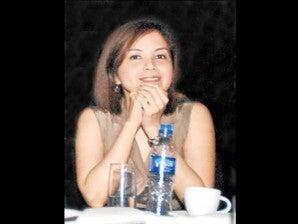 The youngest sister of President Benigno Aquino III had to be out of town for five days. Her elder sisters were away on vacation, so that left her brother to tend to her sons. (Her ex-husband, basketball star James Yap, also did his own babysitting of Bimby, their only child.)

Thus, Joshua and Bimby had to stay for a week at Pangarap, their doting uncle’s private quarters.

The story goes that over dinner with the special guest one night, the boys felt right at home although Bimby was reticent at times.

Asked by his uncle for a kiss, the toddler, whom reporters and editors always love to quote, said: “I only kiss girls.”

Apparently finding his groove in the conversation, Bimby—a celebrity in his own right by now, thanks to his many product endorsements—asked the special guest: “Are you my tito’s girlfriend?”

Then Bimby said: “I am like my Tito. I have many girlfriends.”

And there was laughter all around, but Mr. Aquino reportedly didn’t hear it because he stepped out of the room briefly.

In fact, Mr. Aquino does not have many girlfriends. He is known to be a one-woman man. But while he is famous for sticking to a woman, he has yet to get anywhere near the wedding aisle.

It was Kris who recounted to the Inquirer this episode between her sons and the President’s date on Tuesday night.

Kris was so proud of how her brother—who is said to barely have time for himself and is lucky to have four hours of sleep—agreed to take her sons under his wing for five days (with their nannies, of course).

He even managed to squeeze in a movie, “Thor,” with Joshua at Mall of Asia in Pasay City.

But after the President took his date to the Hotdog reunion concert on Monday night and was photographed beside her, his love life became fair game all over again.

The media frenzy is, again, intense enough to distract attention from the controversial reproductive health bill.

The woman is Bunny Calica, a 27-year-old teacher who is into early education and is working with Korean students.

They met four years ago, and didn’t see each other again until recently.

She is said to be the daughter of a former Boeing executive.

Like many of the women Mr. Aquino has dated, she is said to dress simply. According to Kris, she was in jeans and a simple long-sleeved shirt at that dinner.

And she is said to have “a good head on her shoulders.”

But—and this is a major but—they’re “not on” yet. They’re just friends who are seeing each other when time allows.

The President feels sympathy for the woman who is always thrust into the fishbowl, 24/7, along with him. Such a predicament, he always says, nips any budding relationship.

As his friends know too well, having a relationship is not among his priorities; matters of state are. He spends his downtime poring over piles and piles of briefing papers, which he can dispatch to his staff swiftly, as his staff says.

In matters of the heart, Mr. Aquino, who was linked the past year to three women (councilor-turned-TV-host Shalani Soledad, celeb stylist Liz Uy and stockbroker Len Lopez), isn’t about to fast-track things.

As a friend says, he now likes to take it “slow by slow.”

Wednesday on the sidelines of the Philippine Medical Association (PMA) convention at the Grand Regal Hotel in Davao City, the President blushed when asked about the reason behind his “glowing aura.”

He smiled widely when asked by a reporter: “May nagpapangiti ba sa inyo (Is someone making you smile)?”

He attempted to say goodbye, the smile leading to a brief burst of laughter.

Turning serious, the President said in a mix of English and Filipino: “I have no answer to that. That is my business, and if I can answer it this way, perhaps I can be treated as an ordinary man.

“That matter is private. I feel that many times my rights have been diminished. It is too much to explain.”

But while Mr. Aquino complains about how the Filipino public feasts on his love life, or the lack thereof, it has been observed that he likes to tease people to talk about it.

In his opening message at the PMA convention, he drew loud laughter when he touched on his single state.

“As you know I am still single. If I ever get a chance to go out on a date, it seems that I have invited the entire Filipino people to join me on that date. And I wonder who gave them the right, and why I am apologizing to whoever had the misfortune of joining me in that circus,” he said.

On the sidelines, Mr. Aquino again lamented how the public had often encroached on his private life:

“Someone passes by and a picture has to be taken. You’re putting food in your mouth, you’re just barely beginning to eat, even if your food turns cold, it’s picture time.

“When one goes out, they come by feeling they have the right to inspect one’s life. One hasn’t committed a crime, or generated a controversy. But they have to complicate one’s life. I wonder: Is that proper?” With a report from Jeffrey M. Tupas, Inquirer Mindanao