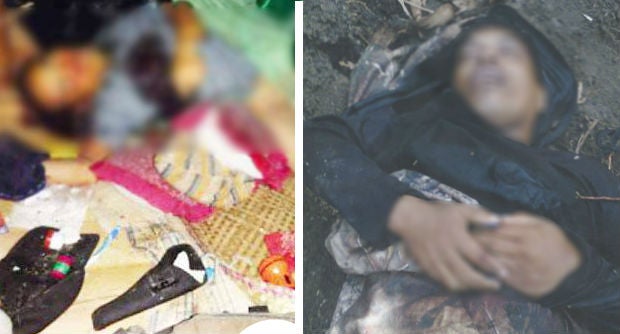 Reminiscent of the fate of slain terrorist Marwan, a finger of alleged terrorist bomb maker Abdul Basit Usman was also cut off after he was killed in Maguindanao on May 3, 2015.

“Kumpirmado yon,” (That’s confirmed) Mohagher Iqbal said over radio dzMM, referring to the cutting of one of Usman’s finger.

Iqbal said they did not know who took Usman’s finger.

This developed a day after the Armed Forces echoed the claim of the rebel group that members of the MILF’s 118th Base Command killed the bomb maker on Sunday in Guindulungan, Maguindanao.

Earlier, a military source said that Usman was killed in a secret military operation that entailed recruiting one of the terrorist’s close aides and making this turn against him.

Another claim forwarded by AFP Chief of Staff General Gregorio Pio Catapang said that Usman was killed in infighting by his men.

“Malabo yon,” (That’s doubtful) said Iqbal, while saying that he did not know all the details of the incident.

“Nung mapatay na siya (Usman), hindi namin nakuha ang bangkay,” (When he was killed, we did not get hold of his body) Iqbal said.

“Baka dun lumusot ang mga tao na ganun ang ginawa,” (Perhaps that was the time when someone cut off his finger) Iqbal said.

It can be recalled that the finger of Marwan, whose real name was Zulkifli bin Hir, was also cut after he was killed by members of the police Special Action Force on January 25, 2015. The finger was to be used to confirm his death and may serve as evidence to claim the $5-million bounty put on his head by the US government.

Usman had a $1-million bounty from the US government and another P6.3 million from the Philippines.