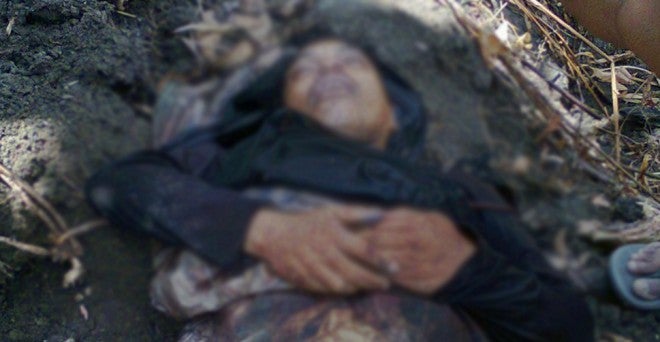 Basit Usman, the terrorist-bomber who is responsible for the countless deaths of civilians in a series of bombings in Mindanao, was killed in a shootout in Sitio Takeneken, Bgy Muti, Guindulungan, Maguindanao at about 10:00 am yesterday (May 3). AFP PAO

The military earlier said that Usman might have been killed by one of his followers, a government asset, who was after the reward money.

An earlier Inquirer report said that the government was set to announce the official version of the incident, which would watch the MILF’s.